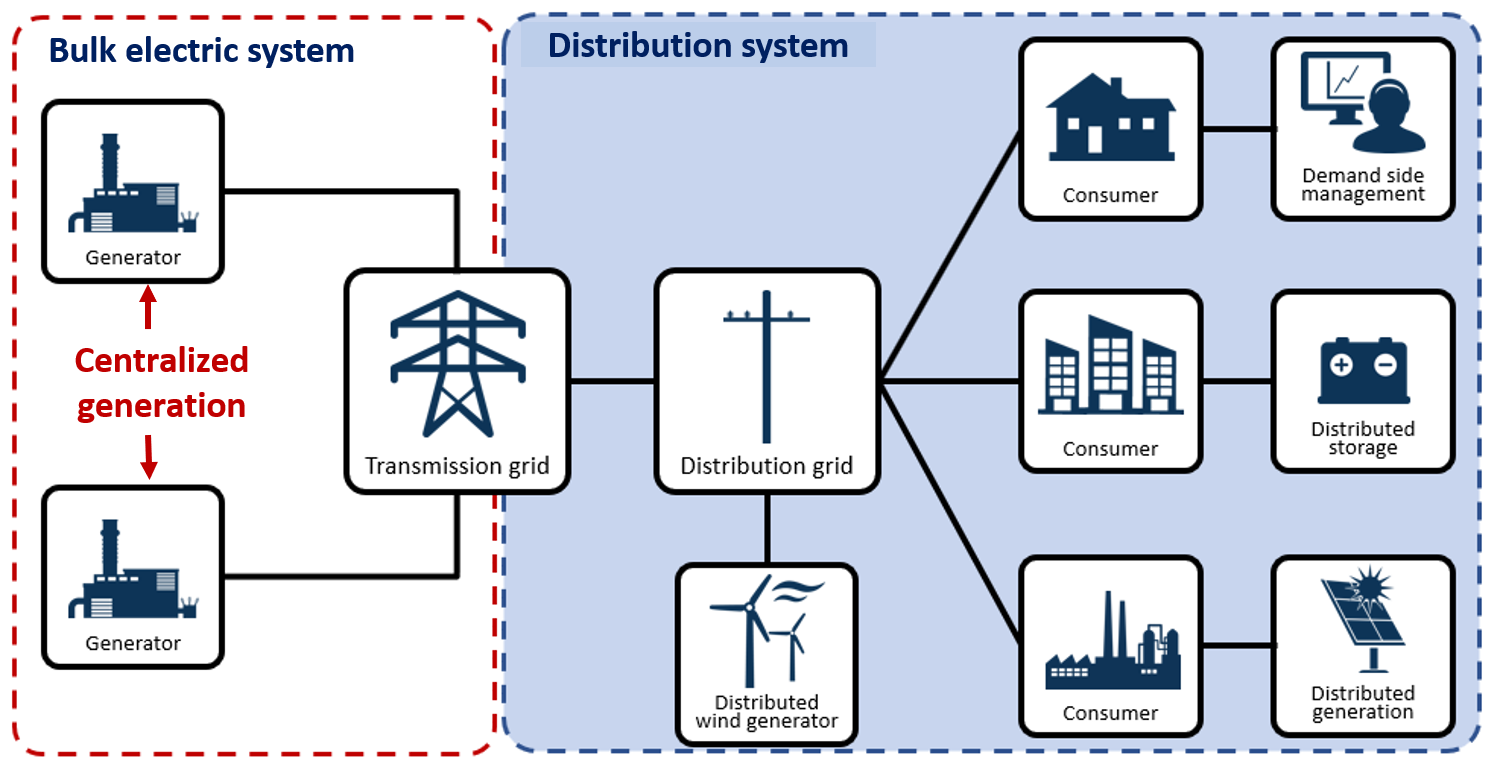 In developed countries, the bulk of electric generation today is centralized. However, distributed generation is growing rapidly in some regions.