The graphic below shows parts of the gas delivery system that are considered to be upstream. 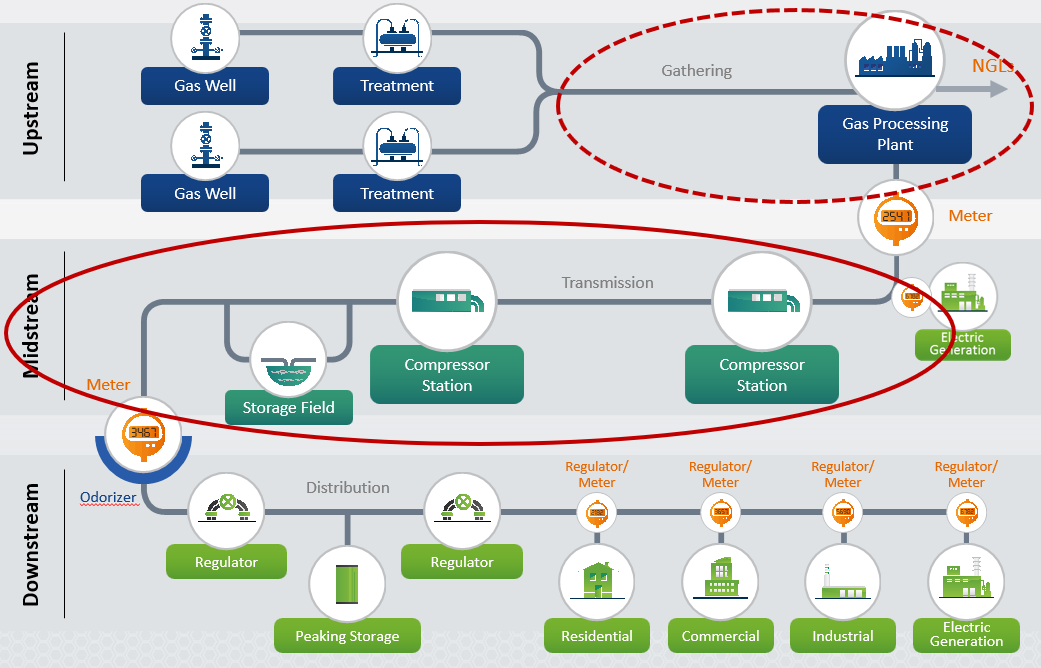 Following is a description of each market participant in the upstream sector:

Gas well
Gas wells are holes drilled from the surface down to the gas resource which may be one-half to several miles below the surface, then lined with casing steel pipe to allow the gas to flow to the surface wellhead. The casing pipe is topped by the gas wellhead which includes various components to control pressure and the flow of gas.

Lease facility
Lease facilities, sometimes called treatment facilities, are located at or near the wellhead. At the lease facility water and condensate are separated from the gas stream. If the well is an associated well, then oil and gas are also separated. The gas stream is then metered before entering the gathering system.