An energy flow diagram shows the movement of energy used by a specific consumer or set of consumers from source to usage. In the example below, the flow energy is shown for the United States. 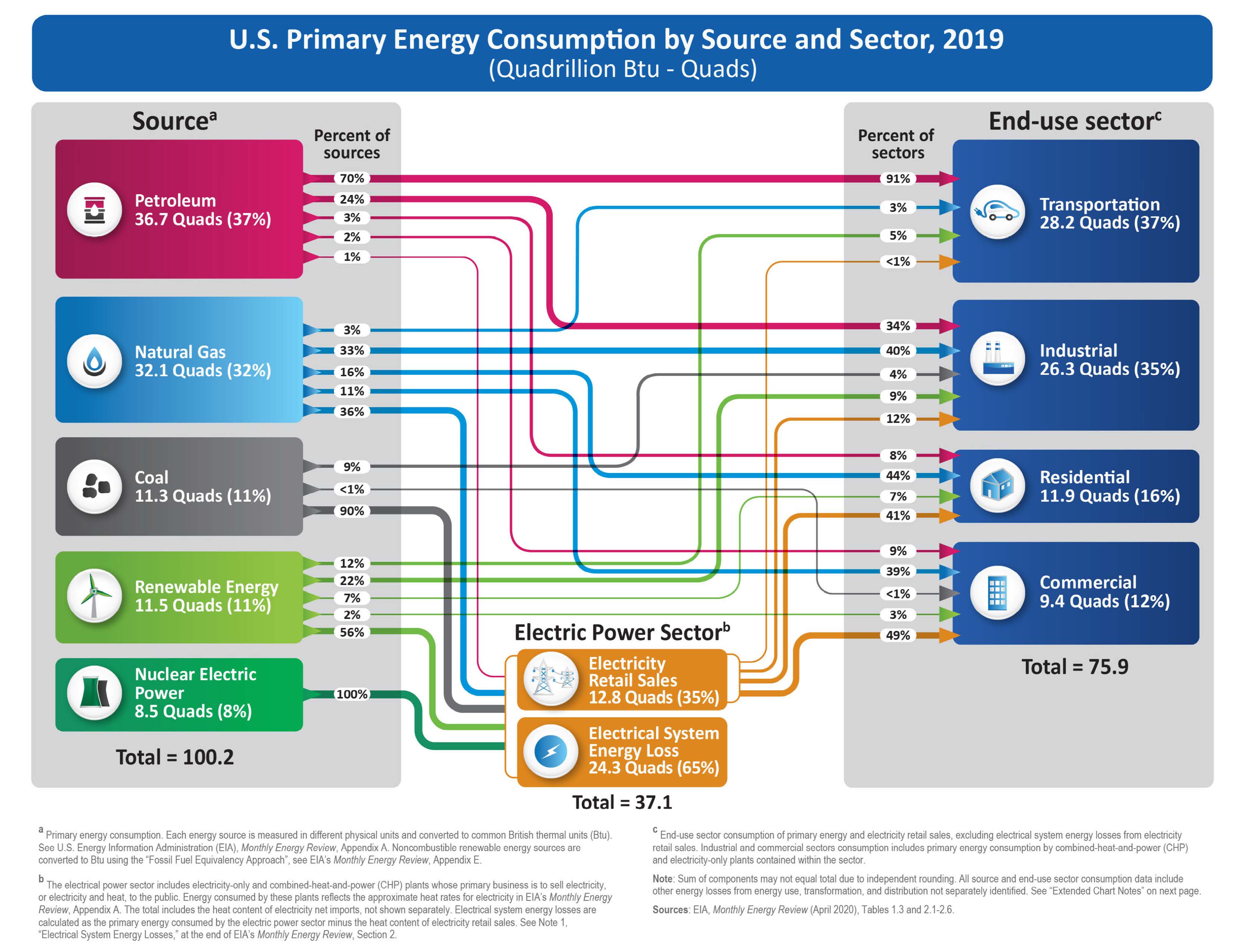 The numbers on the right side of the infographic show the percentage of total energy consumption each energy source accounts for. For instance, for the transportation sector, 91% of the energy used comes from petroleum with lesser amounts from natural gas and renewables. Currently less than 1% of the energy used in transportation comes from electricity, though this is likely to change in the future.