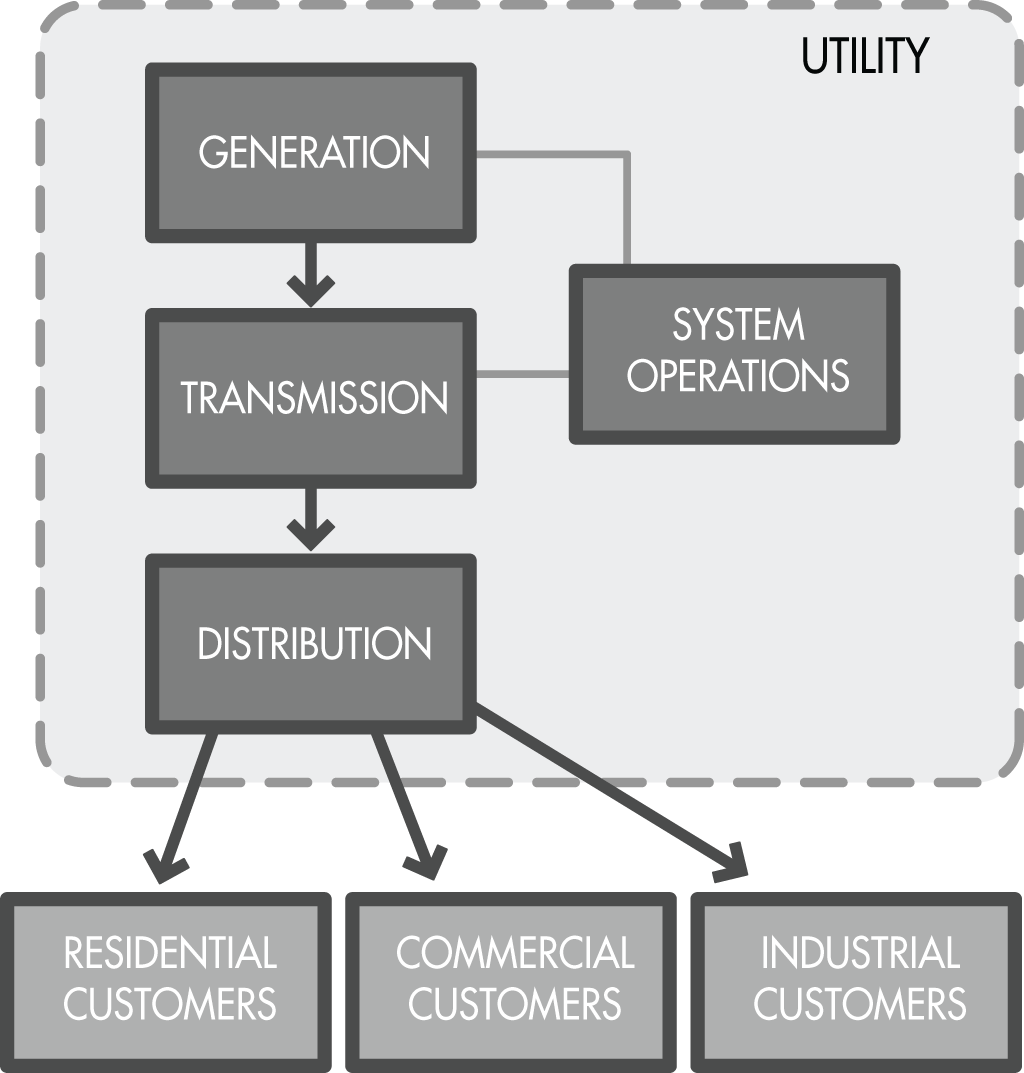 In many countries the largest number of customers are served by IOUs. Traditionally, IOUs have served their customers as a vertically integrated system designed to serve the needs of all end-use customers within their service territory. Under this model, IOUs sometimes trade with other IOUs to minimize supply costs and/or enhance reliability. And in some cases this is done through power pools. But in general, the IOU owns everything and serves everyone within its territory. In other countries, government-owned vertically integrated utilities dominate. Government-owned utilities may be owned federally or at the state/provincial level.

In some regions, munis or rural co-ops have evolved as the distribution utility serving all customers within the utility’s service area. Large munis may operate with full vertical integartion with complete ownership of generation, transmission, and distribution. But smaller munis and co-ops do not have the necessary volume of customers to make it economical to own the complete vertical chain. These entities do own their distribution systems but either band together to jointly own generation and transmission in public power agencies or depend on federal generation agencies to supply the power to them.