Distribution systems are often divided into primary systems (higher voltages) and secondary systems (lower voltages). Ultimately, the voltage at which electricity is delivered to an end-use consumer must be transformed to the voltage used by the consumer’s electrical devices, which for smaller customers is the common 120 or 240 V we are used to seeing in our homes and offices. Almost all distribution systems in the world distribute AC power.

Distribution systems may be configured in multiple ways depending on cost and reliability requirements. These include radial feed, loop feed, and networked systems. 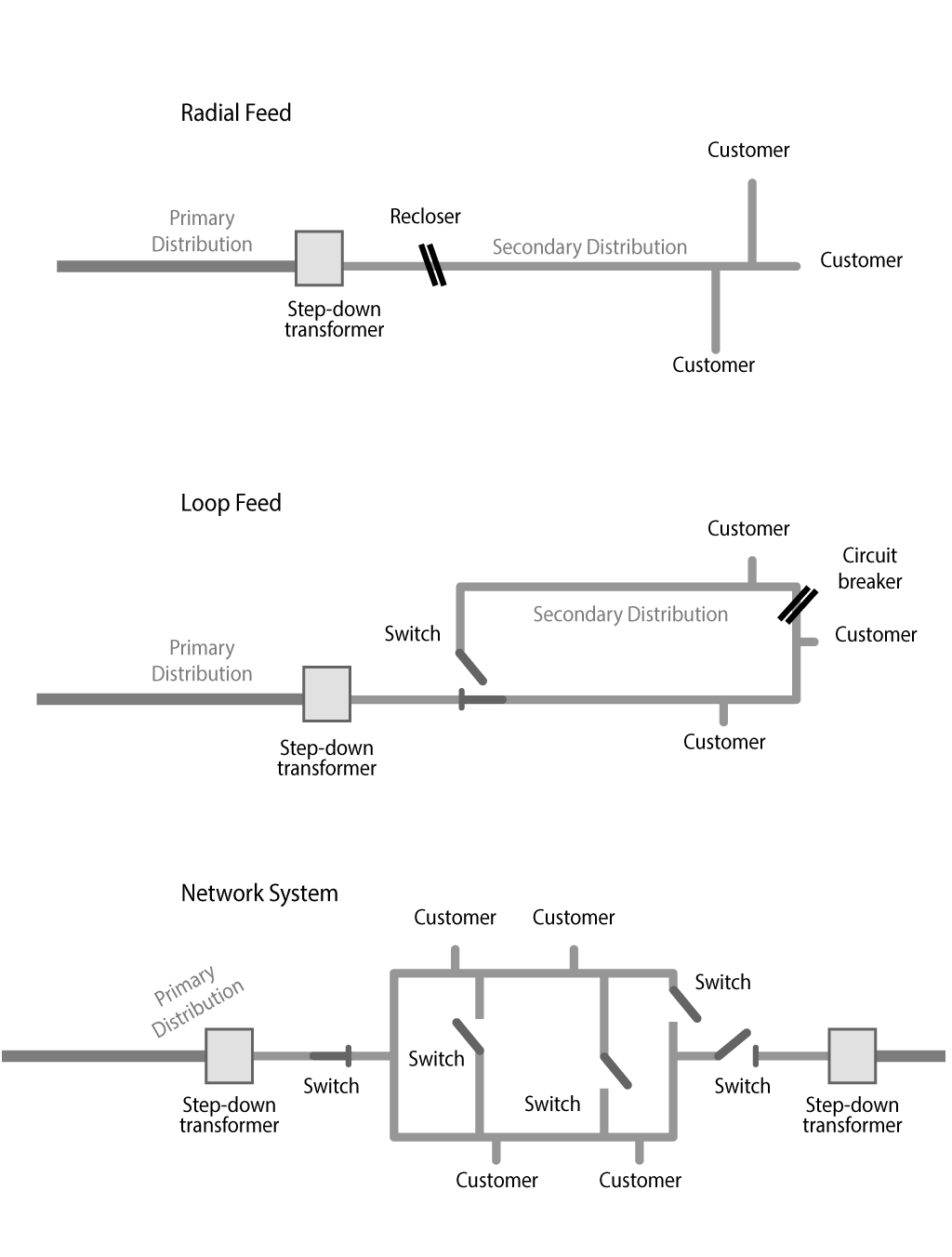 The Energy KnowledgeBase by Enerdynamics is the always up-to-date, indispensable energy industry resource of concepts and terminologies essential to all energy industry professionals.

If you've forgotten your password, you can reset it.

Suggest an edit to this topic