Amortization is the process of reducing or paying off a financial obligation with regular payments. An example is making equal monthly payments over thirty years to a mortgage company to pay off a mortgage loan on a house. For a utility company, amortization often refers to reducing a balancing account amount by increasing or decreasing rates over time.

Here is an example of amortization. Suppose that a utility company has an unexpected $20 million expense due to an extreme weather event, and the state utilities commission authorizes the utility to collect the expense in rates over a two-year period. 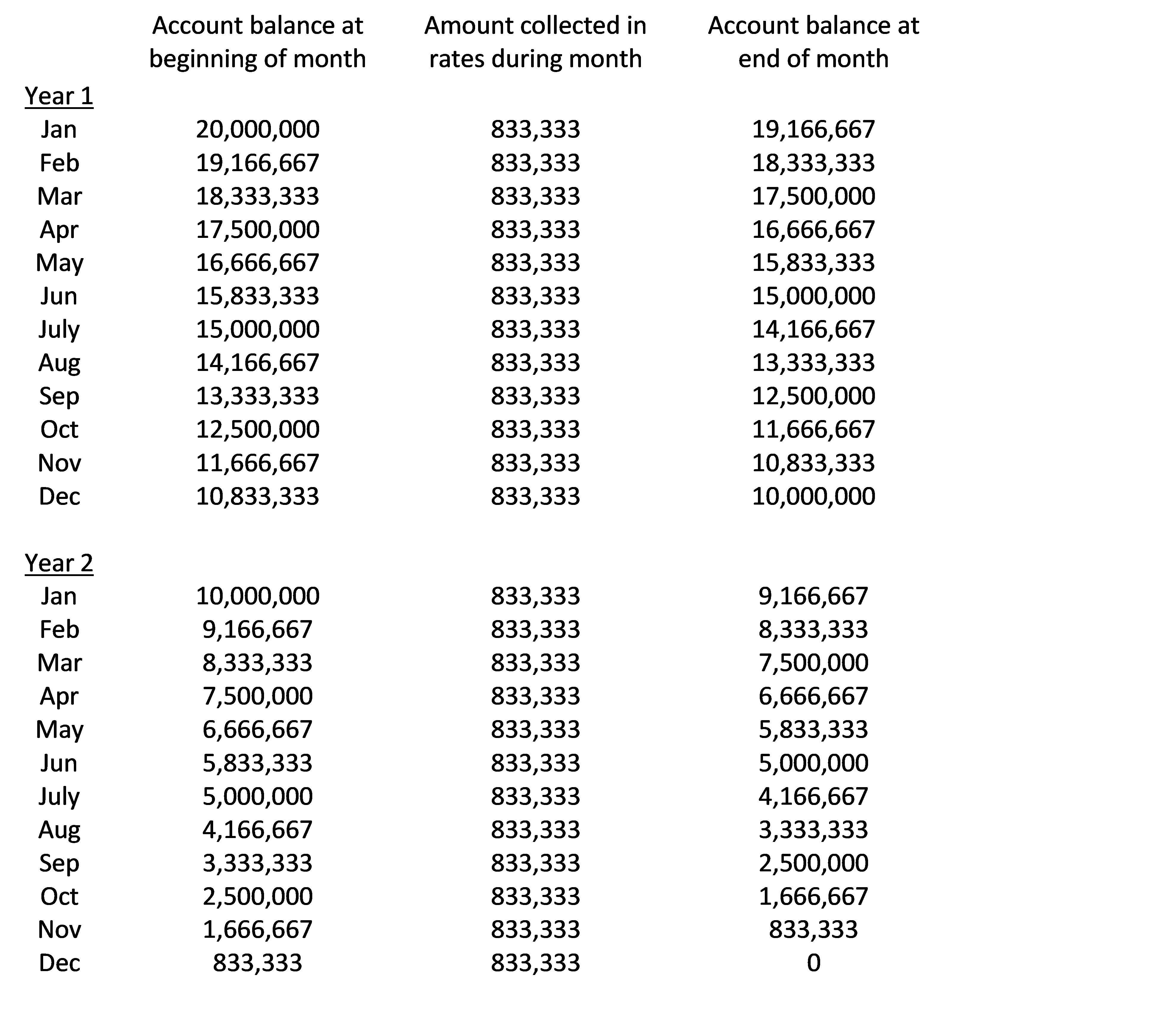 Note that at the end of the two-year period, the account balance is zero. The utility has collected all the expenses for the weather event, and rates after December will no longer include any amounts for the expense. In this example of an extreme weather event, the money that the utility hopes to recover would be considered a regulatory asset. Generally, regulatory assets are added to the utility’s rate base. Thus, the uncollected balance earns a return, which may be equal to the utility’s authorized rate of return.

A utility might similarly amortize a financial obligation it has to its ratepayers. Either way, amortization is often used to mitigate “rate shock” and helps to stabilize utility rates over time.