Apparent power is the total amount of power supplied to customers on an electrical system and is quantified in units of volt-amps (VA), kilovolt-amps (kVA), and megavolt-amps (MVA). These units represent the total amount of power the customer requires to make its equipment operate. It includes both the real power component, measured in watts or kilowatts, as well as the reactive power portion, measured in VARs or kVARs.

Many of the components that comprise the transmission and distribution system are rated for the maximum kVA they can withstand rather than the maximum kilowatts since they must be sized large enough to safely carry both real and reactive power. The transformer shown here has a 75 kVA apparent power rating, which means it can safely handle 75 kVA of apparent power regardless of the combination of real power (in kilowatts) and reactive power (in kVARs) consumed by the customer. 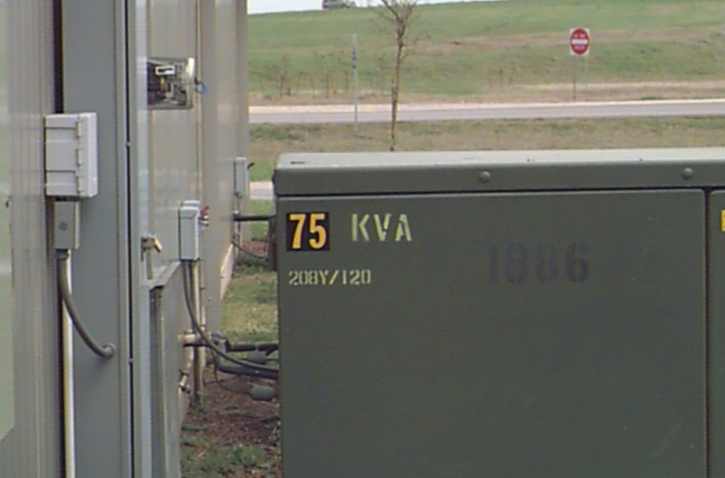 Measuring apparent power has historically been a concern because electro-mechanical revenue meters, those with the spinning disks, can only measure the real power portion of the total apparent power consumed by the customer. So even though utility systems must be sized to generate and deliver reactive power as well as real power, only the real power can be measured by this basic meter. However, electronic smart meters can directly measure reactive power.