California implemented electric deregulation on April 1, 1998. In the first years (1998–1999) wholesale electric prices dropped — so much so that some market participants in the Pacific Northwest accused California of creating a market structure that would purposely drive prices down to the benefit of Californians and the detriment of surrounding states that export large volumes to California. Retail access markets were active and things seemed to be going well.

Suddenly everything changed. In the summer of 2000 high market prices began occurring in peak hours, and by Fall 2000 prices were high in almost all hours. Wholesale power costs rose from $7 billion in 1999 to $27 billion in 2000. The California utilities (Pacific Gas and Electric, Southern California Edison, and San Diego Gas and Electric) were unable to pass these costs through to their customers due to the structure of the market. Thus, they were put in the position of buying power at an average wholesale price of $317/MWh in December 2000 while reselling it to their customers at rates in the $45/MWh range. 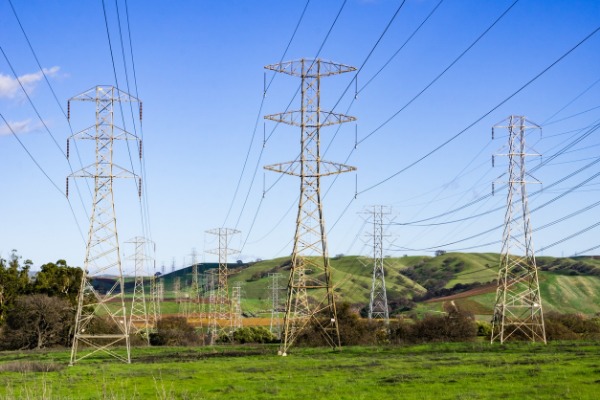 The utilities had nowhere to turn to make up the revenue shortfall and soon could no longer pay the generators for power. Power was already short due to a low hydro year and numerous generators offline for maintenance. (It now appears that some generators may have purposely removed their facilities from the market because they were not getting paid or meant to drive prices higher.) By January 2001, the California ISO could no longer procure enough generation to serve loads and was left with no alternative but to implement planned rolling blackouts to bring supply and demand in balance.

The State of California was forced to step in as the only creditworthy buyer able to procure supply on behalf of the utilities. The state signed long-term agreements with numerous generators to assure supply at prices and terms that were highly favorable to the generators. Given market conditions at the time, however, the state had little choice but to sign them. These contracts quickly proved to be an embarrassment as spot prices — driven by increased supply and falling demand — fell well below the fixed contract rates, and the state was forced to sell excess power at a loss (although in fairness to the state, it should be noted that the existence of the agreements contributed to stabilization of the market and perhaps helped to drive market prices down). The state found itself with billions of dollars in general fund expenditures for electricity that was not recovered in electric rates. Pacific Gas and Electric was forced to declare bankruptcy and Southern California Edison nearly did as well.

California suspended retail access to prevent customers from leaving the utilities’ supply (to avoid paying for the high-priced state contracts) and went back to the regulated utility model. By 2003, the utilities were back in charge of generating and/or purchasing supply for all customers (except for grandfathered direct-access customers) under a cost-of-service regulation model, and by 2004 the California Public Utilities Commission (CPUC) allowed San Diego Gas and Electric and Southern California Edison to purchase new generating assets within the regulated utility. Meanwhile, California customers who were already paying some of the highest rates in the country were hit with new rate increases to cover the cost of paying off past debts and of covering the high-priced state contracts. The state accused a number of market participants of purposely manipulating the market to raise prices, and information disclosed in subsequent proceedings seemed to indicate that some had indeed done so. FERC ordered a number of refunds and the state came to settlements with other parties.

Meanwhile, Governor Gray Davis was swept out of office in a recall election caused in part by public perception of his failed handling of the crisis and was replaced with former movie star Arnold Schwarzenegger. By early 2006, the three investor-owned utilities were back in the business of providing monopoly service to all but a dwindling group of direct-access customers who were grandfathered from earlier years.

Many who oppose electric restructuring argue that California shows why it is a flawed concept. Others who support restructuring simply believe that it was the California market structure that was flawed — along with a bit of bad luck. And many who don’t support one position or the other are simply scared away from restructuring by the outcome. So why did California’s experiment turn out so badly?

California’s experience was the result of a series of unfortunate circumstances, many of them self-inflicted. AB 1890, the California bill that set the market structure, was passed unanimously in the state legislature. This perhaps led to much of the problem since the bill included numerous provisions attempting to appeal to everyone. Key factors included:

The California crisis has been studied extensively across the country, and one can only hope regulators and legislators have learned a number of lessons about designing restructured markets. Meanwhile, by the late 2000s California had stabilized its electric markets by returning to a dependence on the three large vertically integrated utilities.