Cogeneration (which is a form of combined heat and power) uses a single fuel source to create two forms of energy: typically electricity and process heat. Using this technology, electricity is generated first in the process, with the waste heat captured to create useful thermal energy.

Cogeneration became popular in some regions of the U.S. following the U.S. Public Utilities Regulatory Policy Act (PURPA) of 1978. This law required utilities to pay a rate equal to their avoided cost for non-utility electric generation by qualifying facilities (QFs) including small renewable and cogeneration facilities. Cogeneration was included in the law to encourage its growth because cogeneration provides end-use energy at a much higher efficiency than providing for separate heating and electric needs using separate equipment and fuel or electricity from the grid. In the years following PURPA, cogeneration grew quickly in some regions of the U.S. In California, cogeneration provided as much as 15% of energy in the state by the late 1990s. 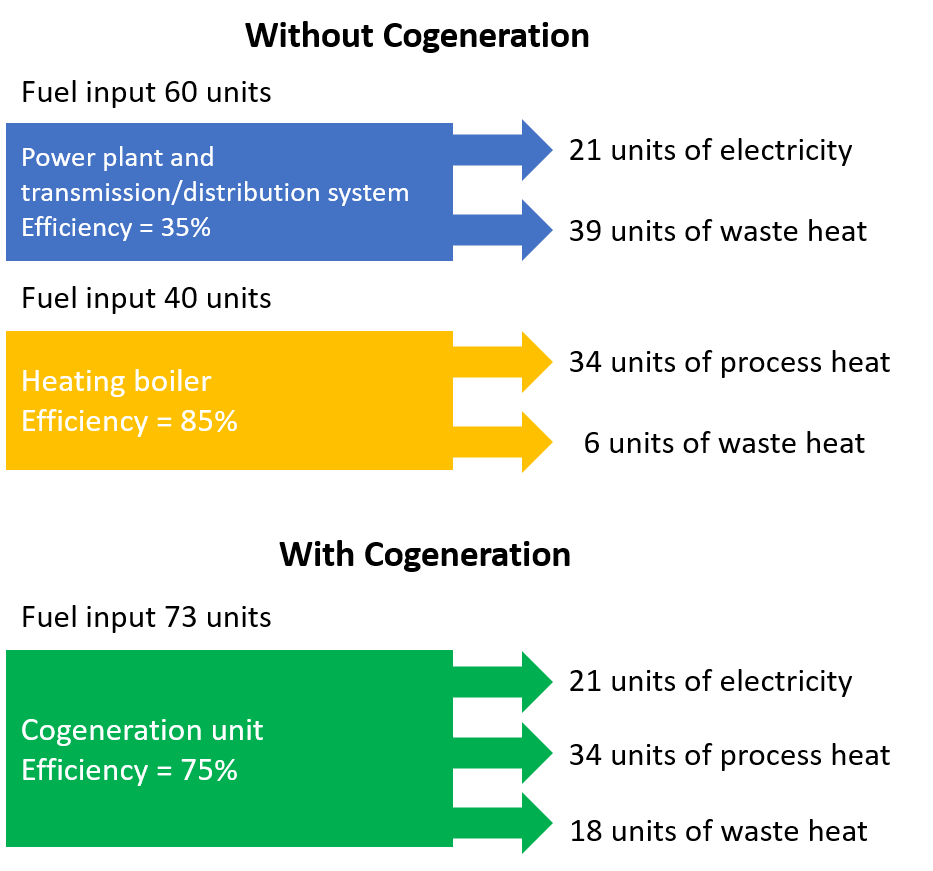