The North American electrical system is divided into five distinct grids. The Eastern grid contains parts of Canada and the U.S. from Florida through some of the Canadian prairie provinces. The Western grid also contains western provinces of Canada, the western U.S. states, and northern Baja California, Mexico. The Mexican grid contains the remainder of Mexico. The Texas grid (ERCOT) contains most of Texas, while the Quebec grid includes all of the province of Quebec, Canada.

While the separate grids often have small links to neighboring grids, they are not designed to allow for large amounts of power to be transferred back and forth. So while huge amounts of power flow within each grid, it is uncommon for much to flow between them. 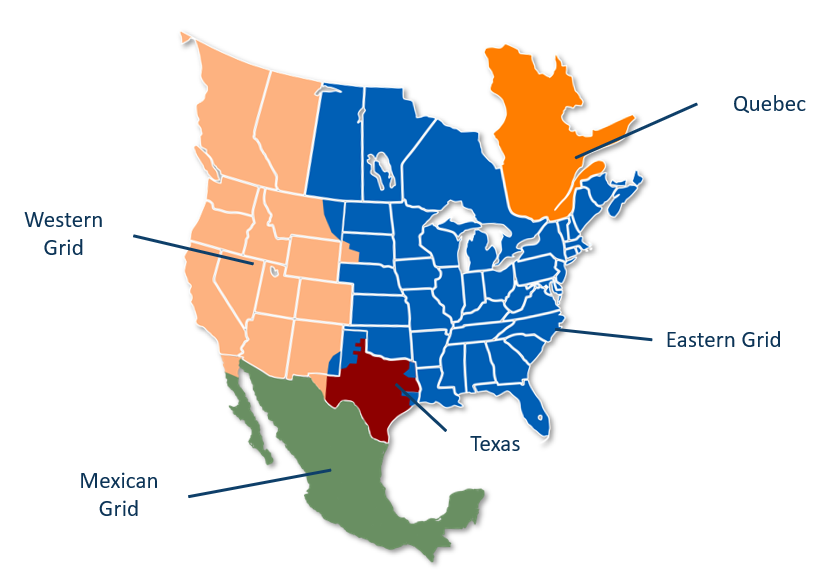