Use of generation is often divided into three categories — baseload, which is generation run all 24 hours of the day; intermediate, which is run from mid-morning until the evening; and peaking, which is run during the peak hours (often from late afternoon until early evening).

Intermediate generation is often provided by coal units ramped up from minimum loads, combined-cycle gas turbines, and hydropower. These are used because their operational flexibility allows them to be ramped up and down as loads rise and fall during the day and also because their variable costs are lower than other options. In some regions, wind or solar power also provides intermediate supply. 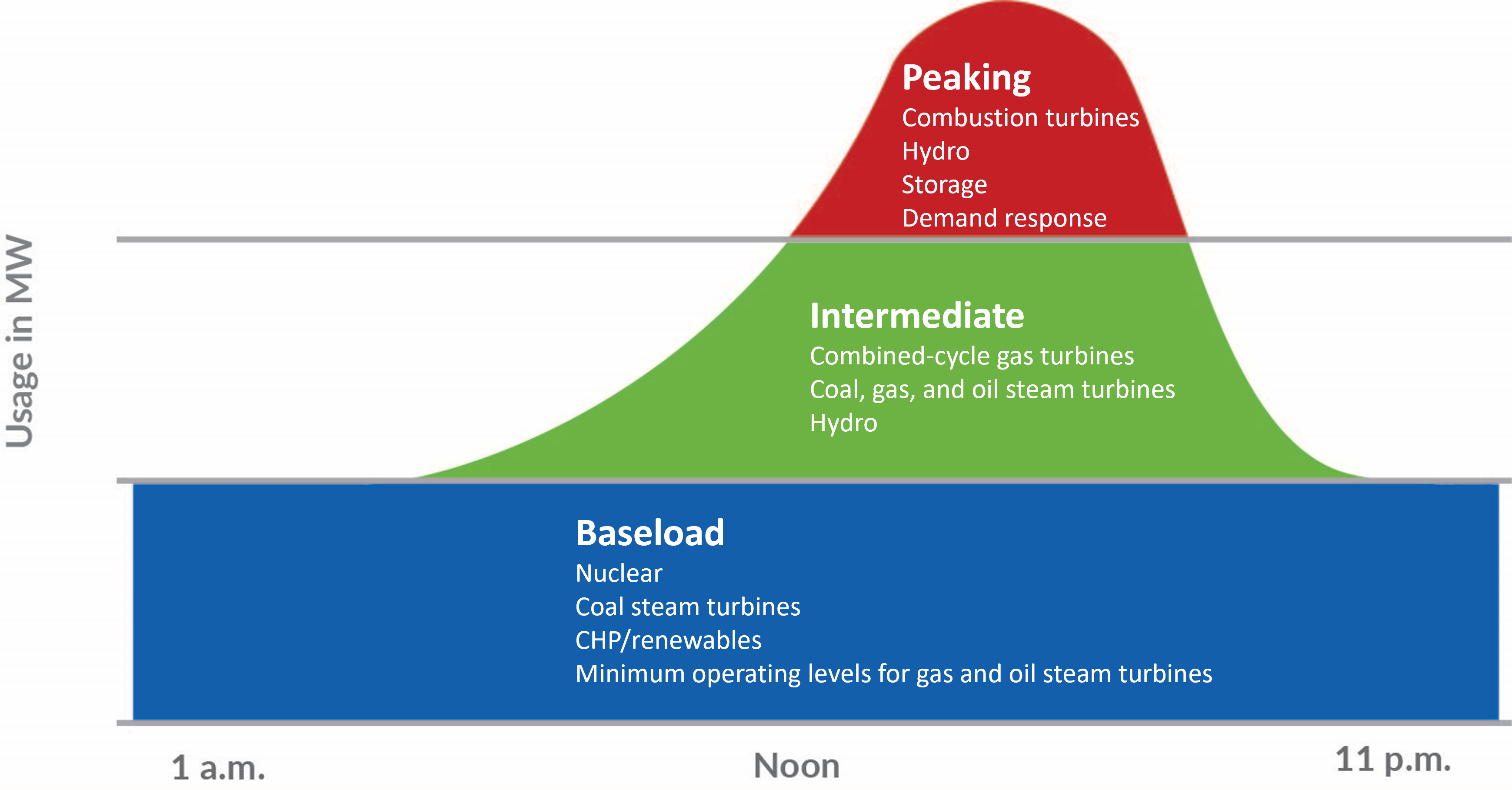