Non-spinning reserve is used by bulk electric system operators for protection against contingency events such as the unexpected loss of a generator or a transmission line. These resources can be brought online quickly to replace the lost resource and to allow other resources such as automatic generation control units to ramp back down so that they are available later in the hour. Most commonly a system operator will maintain a mix of spinning and non-spinning reserve. Spinning reserve begins providing power to the grid more quickly, but the advantage to non-spinning reserve is that the units do not need to burn fuel to stay synchronized to the frequency of the system while in standby mode. 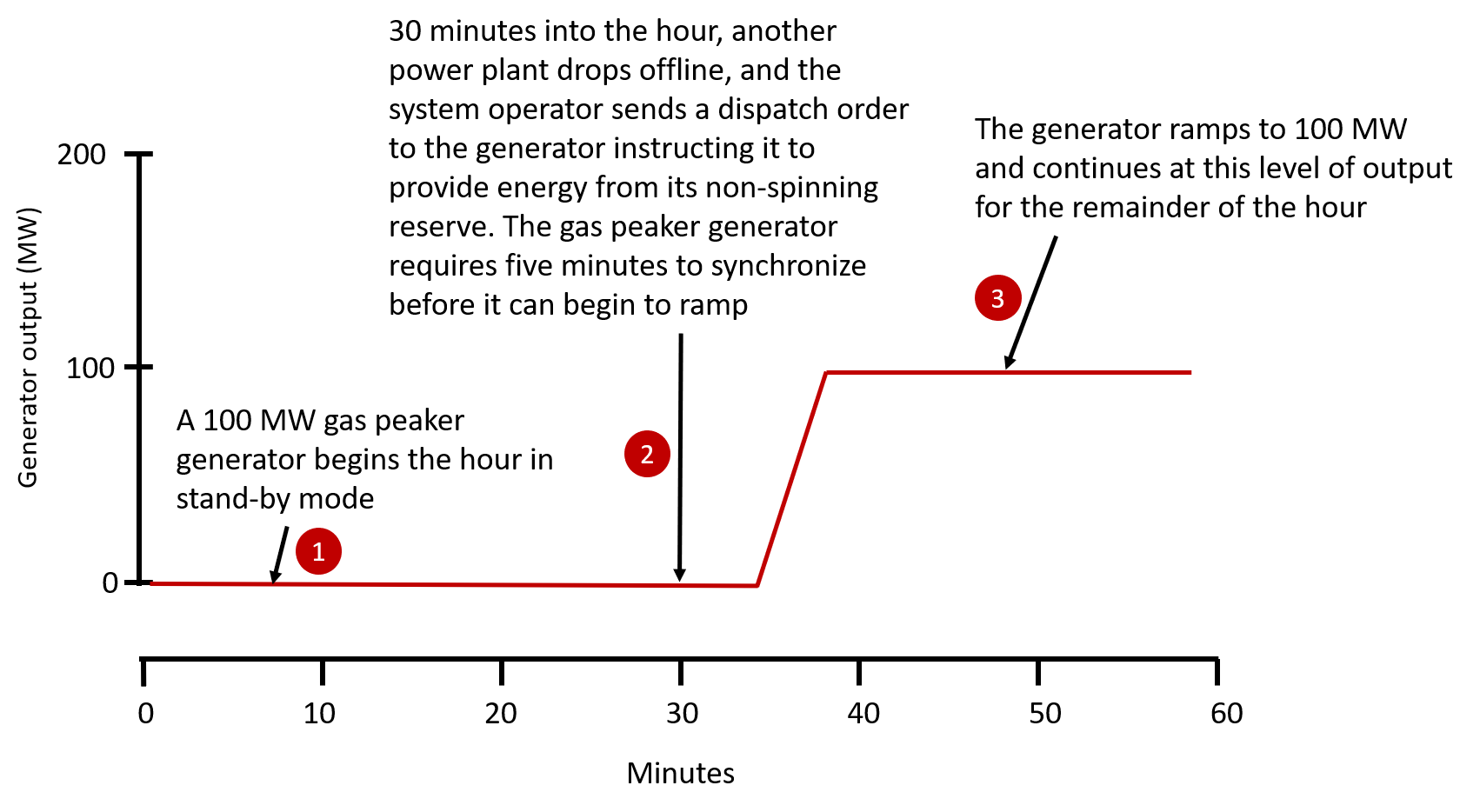