Regulating reserve is capacity comprising sources of supply whose output can be increased (ramped up or incremented) or decreased (ramped down or decremented) within a few seconds in response to a control signal from the system operations energy management system. Regulating reserve is a defined ancillary service although it may be described using other terms including automatic generation control (AGC), frequency control, frequency regulation, regulation reserve, or as two services called regulation up and regulation down. 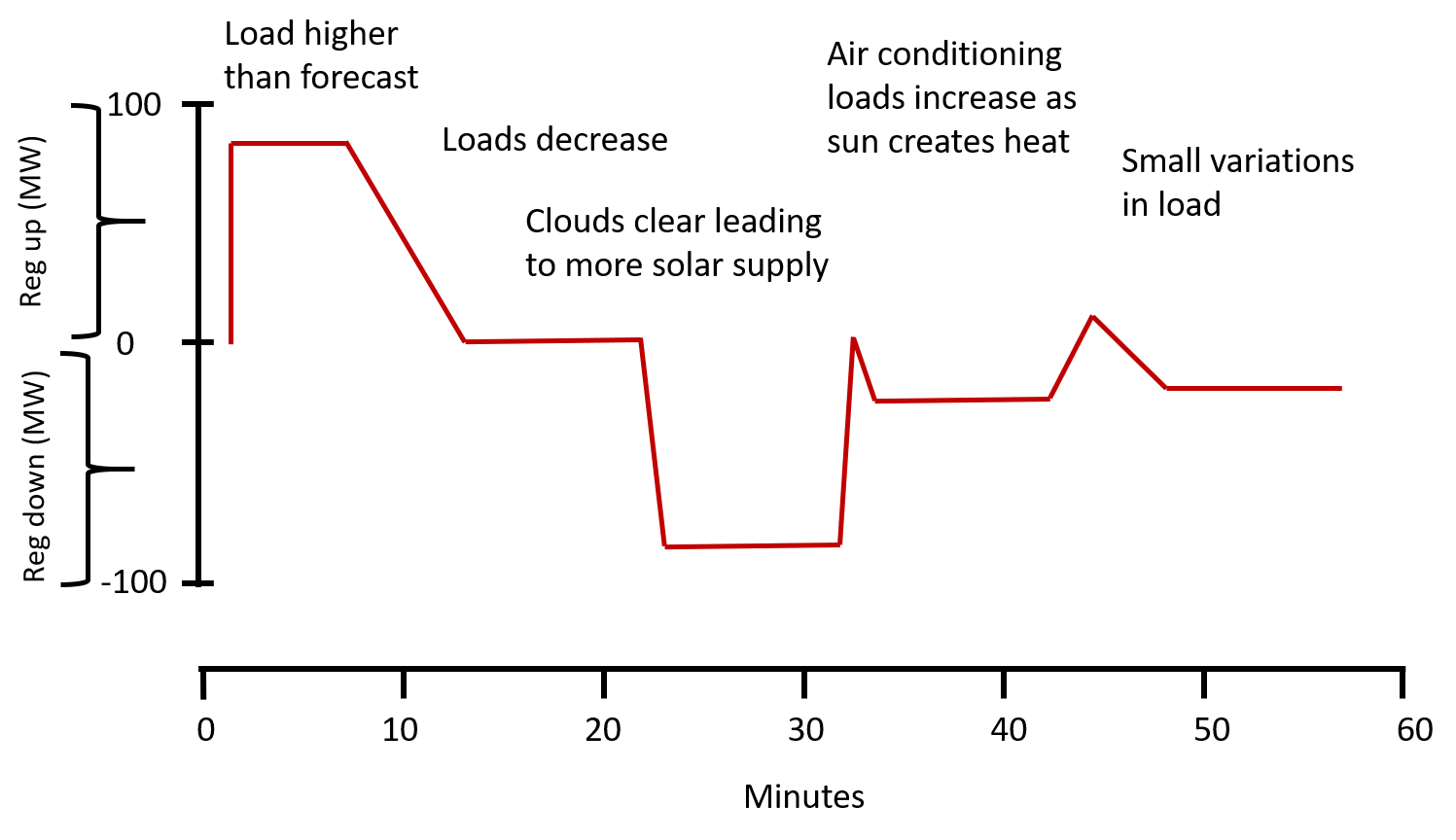 Resources capable of providing regulating reserve include generating units equipped with automatic generation control (AGC) that respond to control signals from the system operations energy management system (EMS) within time frames as short as four seconds, loads that are capable of being reduced or increased within a few seconds in response to an automated load control signal, batteries, and flywheels. Typical generation resources with AGC capability include hydropower; gas combustion turbines; gas combined-cycle turbines; gas, coal or oil steam turbines; and in some regions nuclear steam turbines. Electric vehicles (EVs) may become an important source of regulating reserve in the future through charging that can be controlled remotely by the system operator and potentially through battery discharge back into the grid (this is known as vehicle-to-grid or V2G). Other potentially significant sources of frequency regulation include wind turbines, solar plants, and rooftop solar installations interconnected with inverters capable of supporting frequency.

Frequency reserve is a defined ancillary service. In vertically integrated wholesale markets, it is provided by utility resources under regulated cost-based tariffs. In competitive markets, the bulk system operator (the Independent System Operator or Transmission System Operator) facilitates a market that allows the system operator to obtain necessary frequency reserve resources via a price auction.