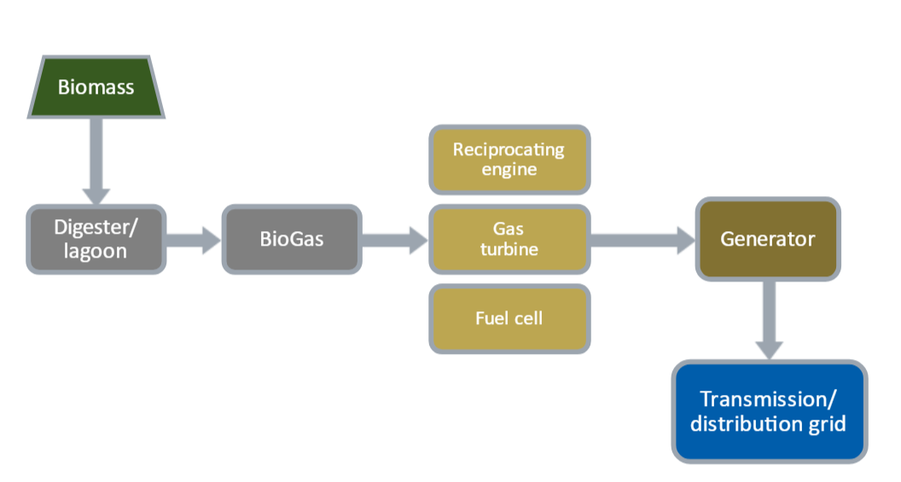 In a large oxygen-free vessel called a digester, or in a covered pool or lagoon, the biomass is mixed in a series of stages with organisms such as acetogens and methanogens. The organisms chemically interact with the biomass resulting in biogas consisting primarily of methane and carbon dioxide. This gas can then be used as a substitute for natural gas to power reciprocating engines, gas turbines, and fuel cells.