Direct combustion is the controlled burning of biomass to create heat. The heat is then used to make steam, which spins a steam turbine that then drives a generator to create electricity. All biomass combustion systems require feedstock storage and handling systems that feed the biomass into the combustor. In some cases, the biomass must be dried prior to combustion. 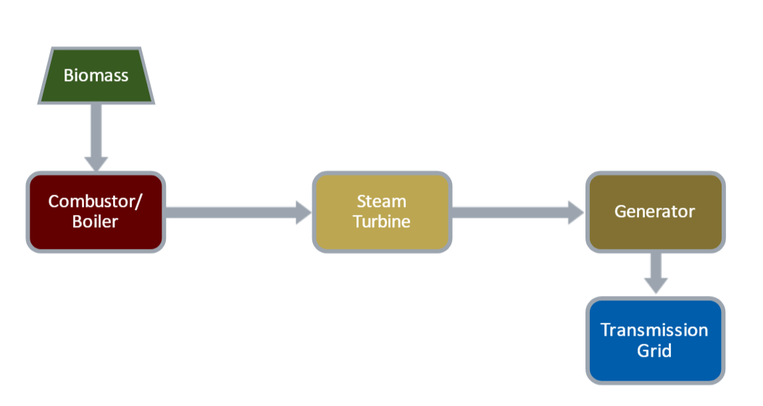 Typical sources of biomass used in direct combustion include solid wood, wood chips, pellets,  sawdust, and shavings as well as agricultural residues such as stalks, leaves, husks, and shells.

Biomass can also be combusted in a traditional coal power plant combustion system simultaneously with coal in a process called co-firing. Typically as much as 5 to 15% of the fuel used in a coal unit can be biomass. This process is called co-firing and is used to reduce carbon emissions without requiring major changes to the existing power plant infrastructure.