A circuit is an intentional close-looped path through which electrons move to provide energy. As you can see in the illustration, the circuit runs from the breaker box to the thermostat, to the furnace, and then back to the breaker box. 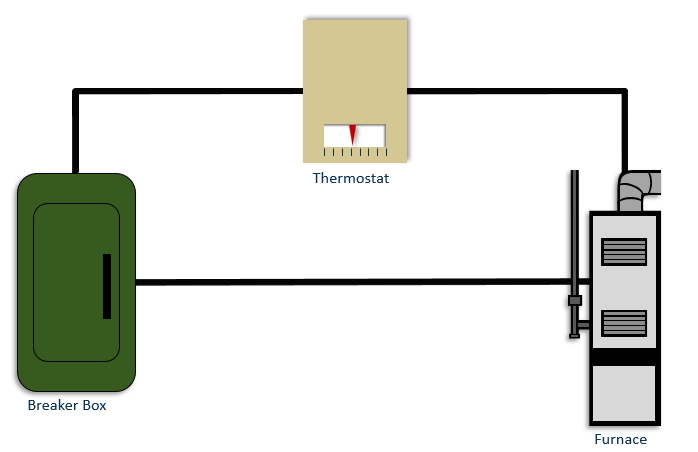 While circuits may seem complex, they are relatively simple once you understand how they work. There are three required parts for an operating circuit including a source, a path, and a load.

Two additional parts that can be added to a circuit are control devices and protective devices. Control devices such as light switches and thermostats are used to determine which loads operate and when. They provide a degree of user-friendliness to a circuit. Protective devices such as fuses and circuit breakers make the system fail in a safe manner. The safest way to make an electrical system fail under hazardous conditions is to shut off the circuit, and fuses and circuit breakers accomplish this function quickly.