An electric generator is a device that creates electrical current using the principles of the electromagnetic effect. In the simplest of terms, a generator is actually a very large magnet spinning inside a large number of coils of wire. 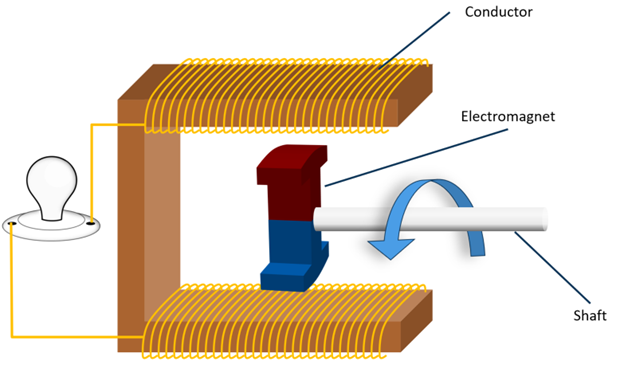 Key components of a generator include the following: 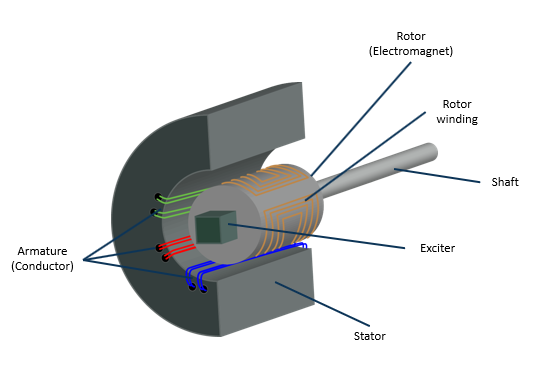 Since utility transmission systems operate as three-phase systems with three wires conducting the electricity, it is necessary to wind three conductors in the stator (indicated by blue, red, and green in the above diagram). The conductors are insulated from each other with the result that three phases of power are created, corresponding to the three phases transmitted on the transmission line. Multiple stator windings increase the magnitude of the generated voltage.