An EV is a vehicle that uses one or more electric or traction motors for propulsion. The electric motor may be powered by batteries, an onboard source such as solar panels, or an onboard generator powered by fuel such as hydrogen fuel cell.

The term EV is commonly applied to passenger cars, light commercial vehicles, buses, and trucks. Other types of vehicles powered by electricity include bicycles, motorcycles, and electric rail locomotives. and rail cars. Types of EVs include:

Electric propulsion was first used in the 1820s, and in the early 1900s the first mass-produced electric cars became available in the marketplace. But with limited battery storage, electric cars were soon displaced by gasoline vehicles that offered the advantage of greater range. Use of electric vehicles in mass transit systems, however, became common. In the 1990s, interest in EVs returned as concerns about emissions grew. California was first to mandate major automaker sales of EVs in phases. Over the next few years Chrysler, Ford, GM, Honda, and Toyota manufactured limited numbers of EVs. But when a federal court ruled against California’s mandate, interest again waned.

In 1997, Toyota released the first mass-market hybrid EV, the Prius. In 2008, Tesla released its first EV, and, in 2010, Nissan released the first mass-market EV, the Leaf. Based on the success of these models and increasing environmental concerns, EVs were seen as an important tool in the fight against greenhouse gas emissions, and many governments around the world introduced incentives or mandates to stimulate EV growth. By 2020 numerous car manufacturers had announced their intention to focus future manufacturing and sales on EVs. 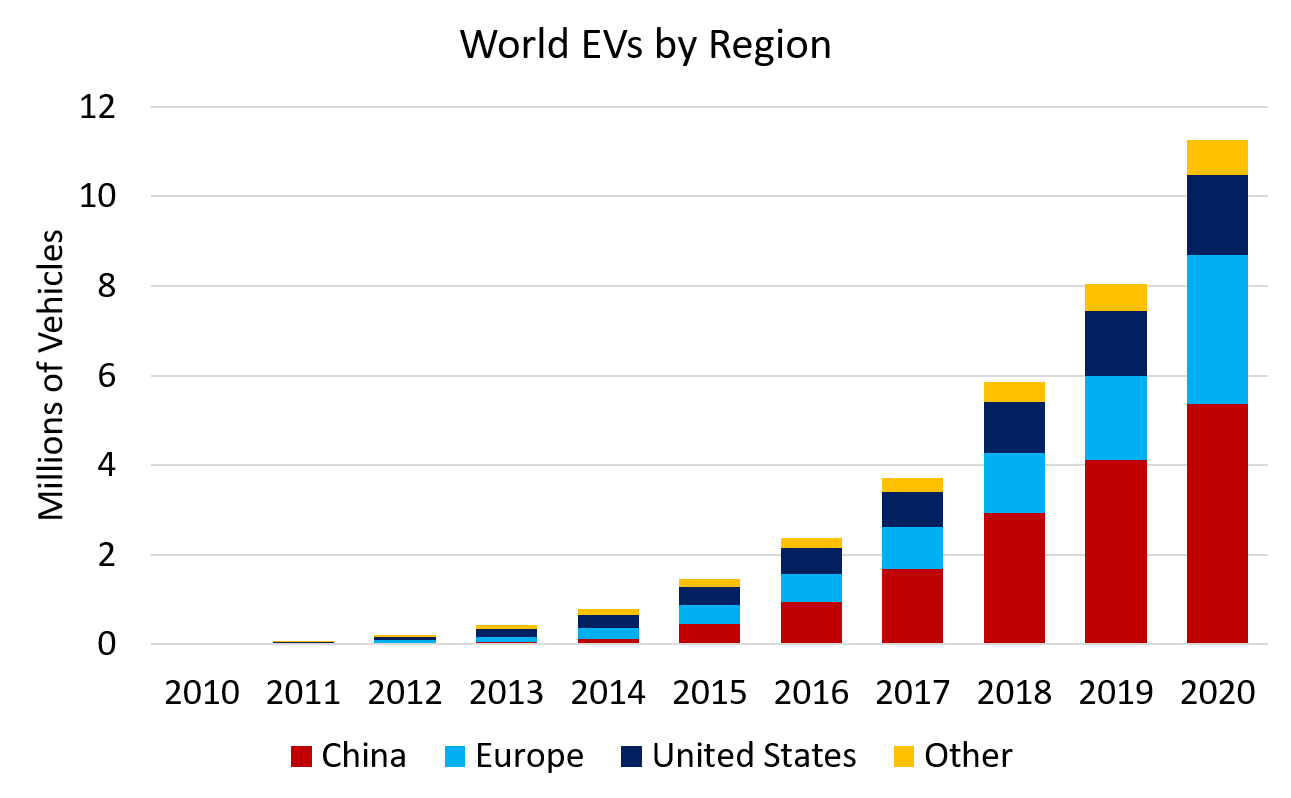