There are four main technologies used commercially to convert thermal energy to electricity: 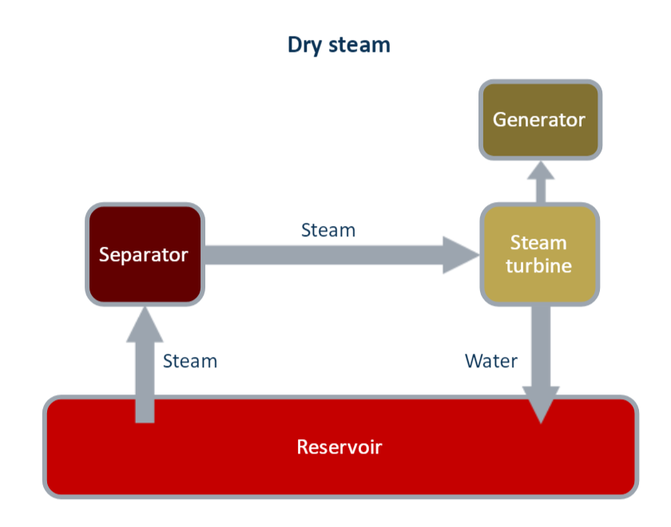 The dry steam power plant is the simplest of the geothermal power technologies. Dry steam units are used when the geothermal resource produces steam directly from the well. The steam is passed through a separator to remove any sand or rock particles and any water, and it is then used directly in a steam turbine to spin the generator. After passing through the turbine, the steam is condensed to water that is then injected back into the reservoir to be reheated. 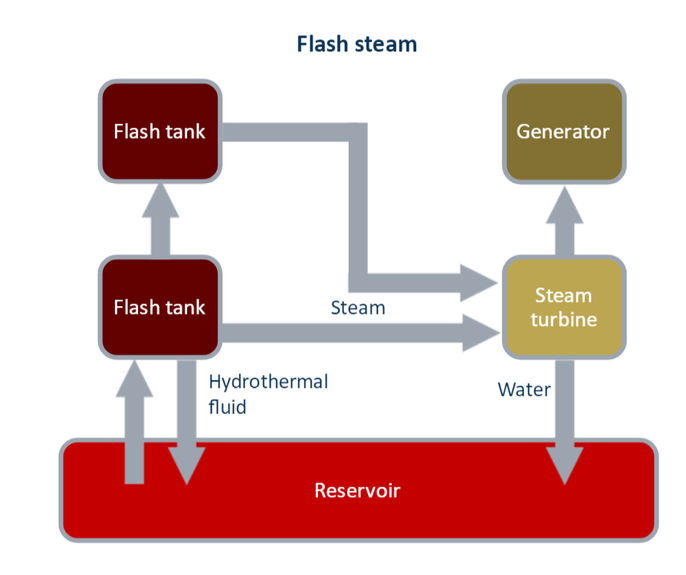 Flash steam technology is used when the available hydrothermal fluid consists mostly of hot water, but maybe some steam, at a temperature of about 400 degrees Fahrenheit or greater. The hot fluid is brought to the surface under pressure and is sprayed into a flash tank, also called a steam separator, which is a vessel at a much lower pressure than the fluid. This causes some of the fluid to vaporize into steam, which is called flashing. 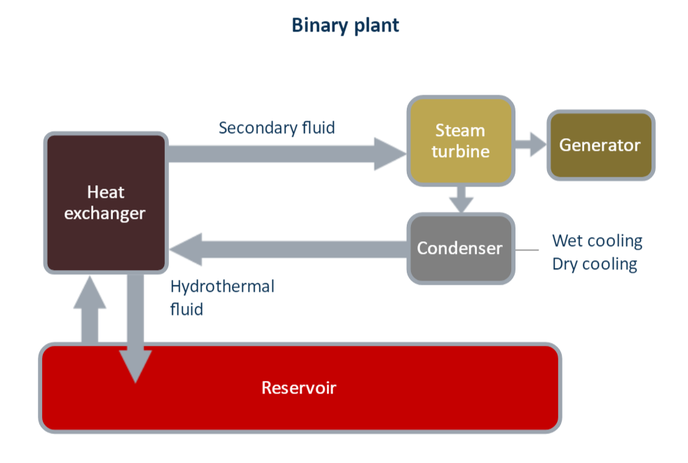 Binary power plant technology is used where moderate temperature hydrothermal fluid at temperatures below 400 degrees Fahrenheit is available. It is called binary because a second fluid such as isobutane or pentane, which vaporizes at a lower temperature than water, is used in a closed cycle to operate the turbine.

In a binary power plant, the hydrothermal fluid from the geothermal reservoir is passed through a heat exchanger where it heats up the secondary fluid until the secondary fluid becomes vapor. The hydrothermal fluid is then injected back into the reservoir. The vaporized secondary fluid is piped into the steam turbine. When the vapor exits the turbine, it is cooled in a condenser inside either a wet cooling tower that uses evaporating water or a dry cooler that transfers, or "rejects" heat directly into the air without use of cooling water. Units with wet cooling towers are more efficient, but they have the disadvantage of consuming water. Once cooled, the secondary fluid can again be cycled through the heat exchanger. 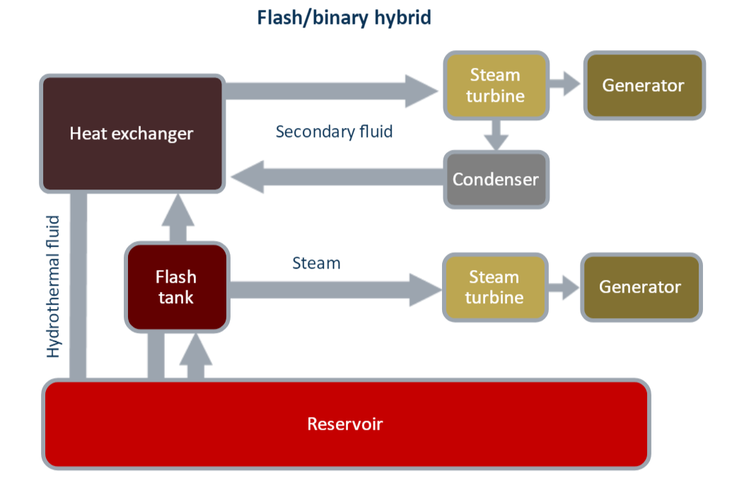 The hybrid flash/binary combined-cycle power plant can be used where some, but not all, of the hydrothermal fluid is hot enough to flash. In the hybrid units, the fluid is first flashed and the resulting steam is used to drive a steam turbine. The remaining fluid from the flash tank is then piped to a heat exchanger where a secondary fluid is vaporized and used to drive a second steam turbine. As with other technologies, the spent hydrothermal fluid is then injected back into the reservoir and the secondary fluid is cooled for re-use.