Hydropower is electricity derived by converting the kinetic energy of moving water using impoundment or diversion. Hydropower is the backbone of many electric generation systems across the United States where significant hydro resources are available (notably the West and parts of the Southeast). Hydropower is created by running water from a reservoir or flowing river through a hydraulic turbine that spins and drives a generator shaft. For units with upstream water storage in a reservoir or holding pond, the power output can be controlled by simply adjusting the water flow, resulting in units with flexible output. Hydro units range from very small (100 kW) to very large (over 500 MW) with many units in the 100 MW range.

Many hydro units were built a number of years ago (with some units dating back to the 1920s), so capital costs have generally been depreciated. In a few places in the world, newer hydro facilities have been built in recent years. O&M costs are generally low and, of course, there is no fuel cost once water rights are acquired. Given their operational flexibility, many hydro units are useful for managing peak loads and for power regulation purposes (keeping supply and demand in balance minute by minute) as well as for restoring the grid after a blackout. Although a new hydro dam would now be considered to have large environmental impacts, existing units are generally considered environmentally favorable, with the exception of impacts on fish populations and downstream activities.

Hydropower fits the definition of renewables as sources of electricity that are naturally replenishing. However, large hydropower is often excluded from the definition of green power due to potential significant environmental impacts of large hydro projects. And in regions with renewable portfolio standards, hydro projects defined as large are often excluded from being used for regulatory compliance. Typically only small hydro, which is defined as projects less than 30 MW (depending on the region), are allowed to be used for compliance for these standards.

Types of hydropower generation facilities are classified by the method used to contain or divert the water, by whether the water can be pumped back uphill for reuse, and, in the case of tidal hydro, by the source of water. Types include impoundment, run-of-the-river (also called diversion), pumped storage, and tidal. 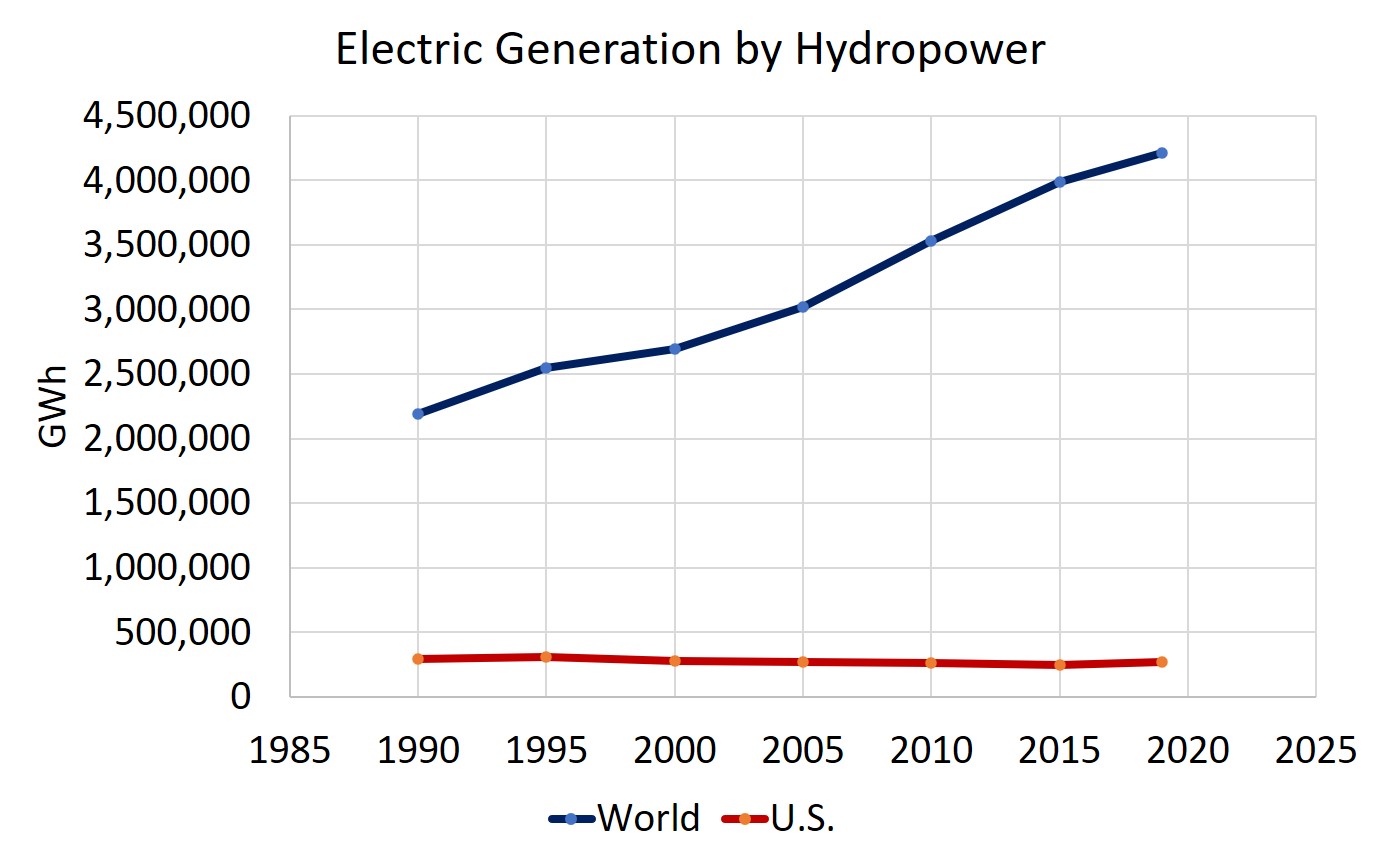