Technologies used to generate hydrokinetic power are varied, with most in the research and development phase where many different options are being tested. Hydrokinetic technologies are classified as either wave energy converter (WEC) or current energy converter (CEC) devices depending on the type of water movement that is converted to electricity. 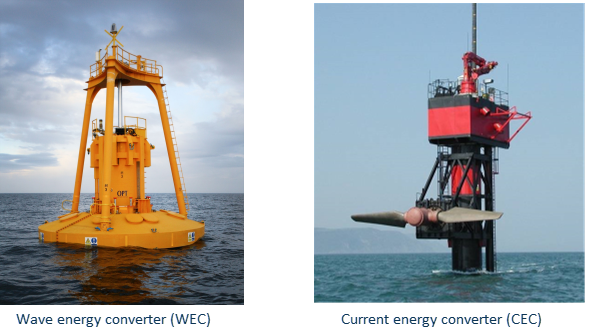 WECs use the motion of two or more devices relative to each other. One of these devices, called the displacer, is acted on by the waves. The second device, the reactor, moves in response to the displacer and drives a generator to create electricity. 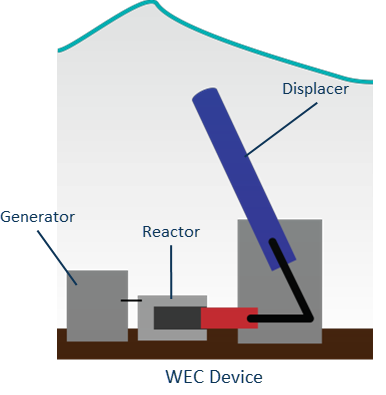 There are two principal types of CEC devices used for hydrokinetic power. These are axial flow turbines and cross flow turbines. 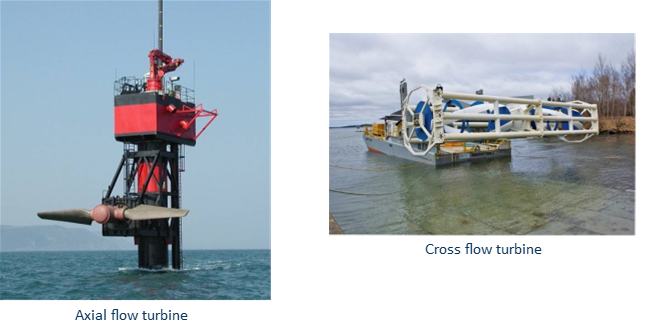