A wye distribution line describes a specific configuration of a three-phase line. If a system designer has specified a three-phase line, she must also determine whether to use a wye or delta configuration. Wye distribution lines are typically found in mixed use areas containing residential, commercial, and industrial customers with significant amounts of single-phase or residential load.

This photo shows a wye system with three wires laid out on top of the cross arm of the pole, and a fourth that runs underneath. The fourth wire might also be run above the three wires. The three lines are called phase conductors, meaning that they each carry one phase of a three-phase system. The fourth wire is a neutral. 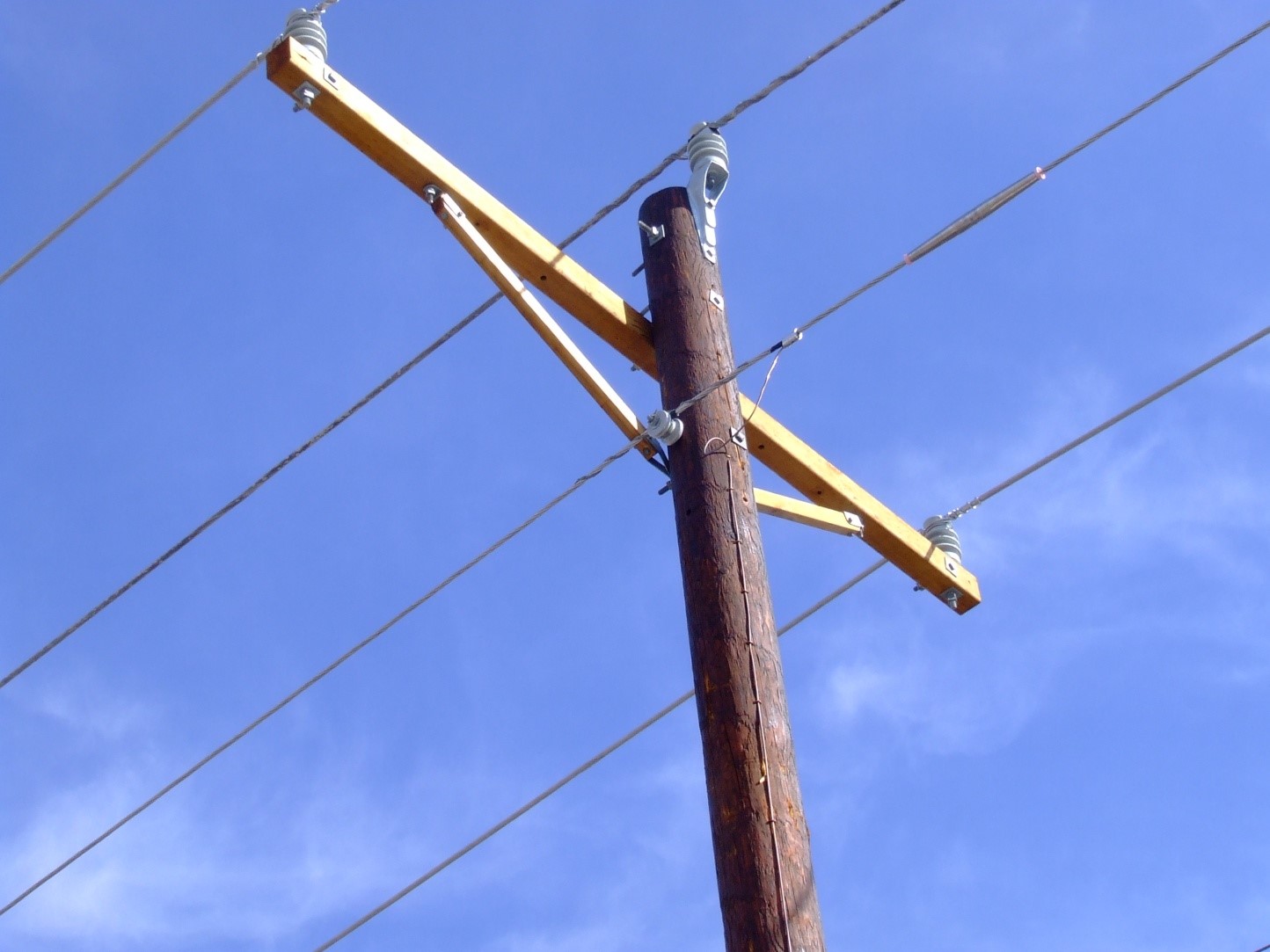 Wye connected power is developed from three, independent transformer windings that are connected at a common point, called a neutral or star point. In the case of a wye distribution line, each wire is connected to a transformer in the substation as shown in the diagram. The distribution voltage is dependent upon the connection made between the wires. Here you can see that there are two possibilities for distribution voltages from this particular line: 7.2 kV phase to ground and 12.5 kV phase to phase. 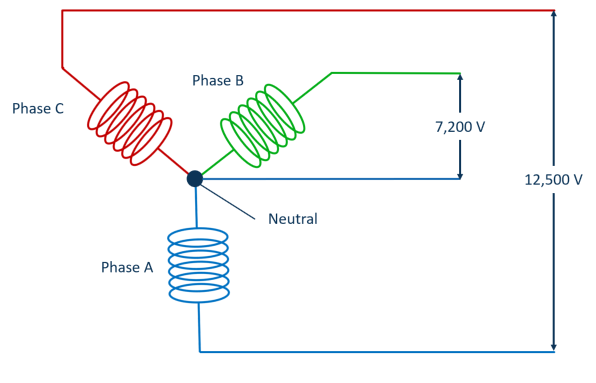