Climate change is defined as a long-term shift in global or regional climate patterns. A majority of the world’s scientific community and most of the world’s political community now agree that human’s activities in burning carbon-based fuels (coal, petroleum, and natural gas) result in raised concentrations of greenhouse gases (GHGs) that increase the earth’s average temperature (global warming) and destabilize weather patterns. According to the U.S. National Oceanic and Atmospheric Administration, Earth’s temperature has risen by 0.14° F (0.08° C) per decade since 1880, and the rate of warming over the past 40 years is more than twice that: 0.32° F (0.18° C) per decade since 1981.

Meanwhile, precipitation patterns appear to be changing dramatically with many areas of the earth experiencing much dryer than average precipitation, but a few areas experiencing dramatically higher rainfall. If the trend continues, results could be severe and include melting of ice packs, flooding of low-lying areas, interruption of food production, water shortages, and increased incidents of severe weather including storms and heat waves.

Electric power production by fossil fuels is a significant contributor to GHG emissions. GHG emissions by generators are measured in units of gCO2eq/kWh, which stands for grams of carbon dioxide equivalent per kilowatt-hour of electricity generated. A recent study by the Intergovernmental Panel on Climate Change (IPCC) estimated the following levels of GHG outputs for various forms of new generation: 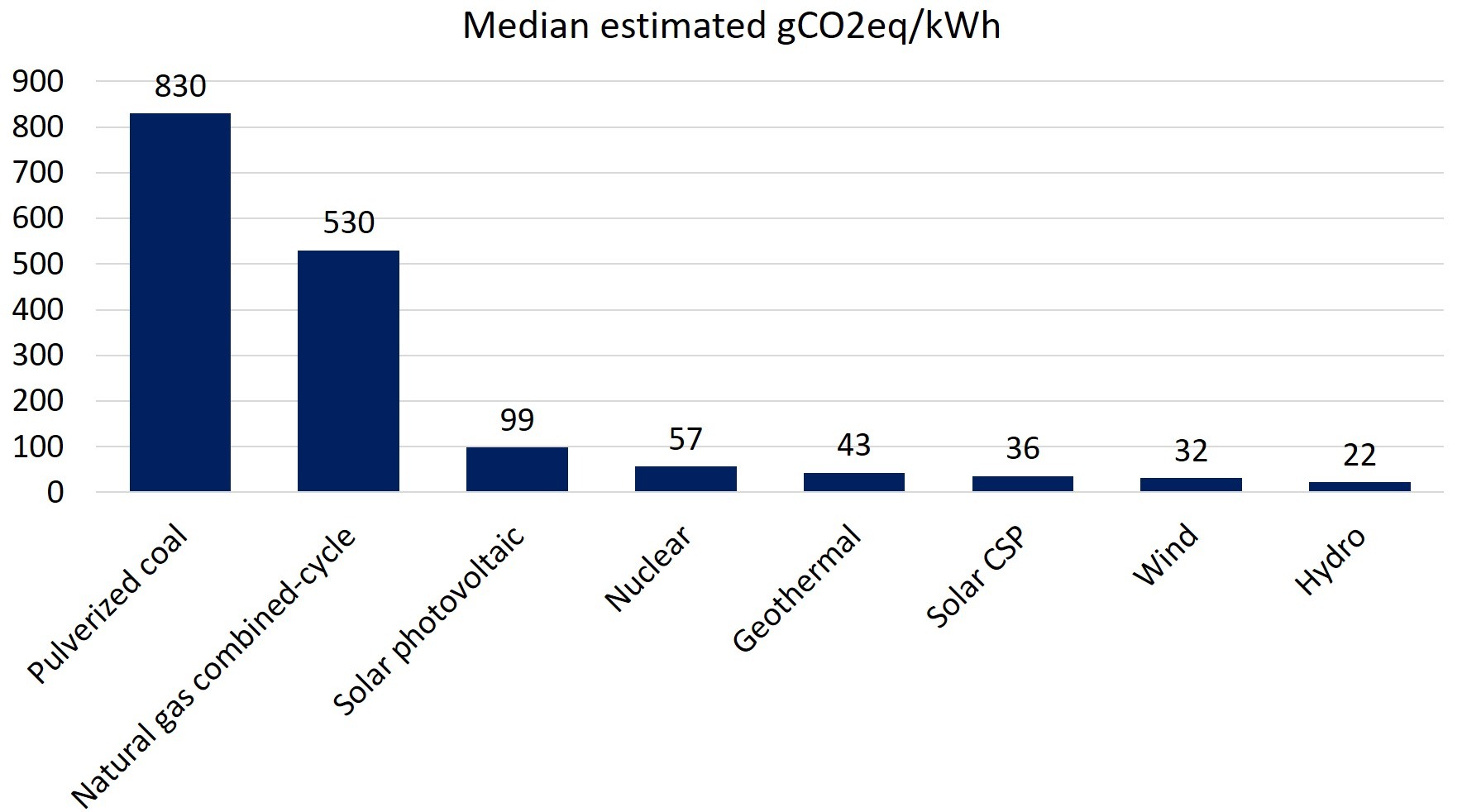 Note that these are life-cycle emissions that include emissions during construction and fuel production.

In late 2016, an international accord called the Paris Agreement went into effect. The accord was signed by 194 countries, and its goals included holding down the increase in global average temperature due to GHG to well below 2° C (3.6° F), increasing the world's ability to adapt to climate change, making financing available for pathways to reducing GHG emissions, and achieving global peaking of GHG emissions as soon as possible. Several countries including China, the U.S., and the member states of the E.U. made non-binding commitments to achieve specific targets associated with limiting GHG emissions. In 2021 at the U.N. Climate Change Conference in Glasgow, Scotland, a goal of limiting temperature change to 1.5° C (2.7° F) was adopted.