The ready availability of low-cost coal historically made coal-fired generation a favorite of many utilities around the world. Most coal-fired generation employs steam turbine technology where coal is burned to heat water in boiler tubes. The water becomes steam and is run through a steam turbine that drives a generator shaft to create electricity. Because of economies of scale, most coal units are fairly large — in the capacity range of 250 to 1,500 MW.

Technologies used to generate electricity from coal include pulverized coal, fluidized bed, and integrated gasification combined-cycle. Different technologies have different emissions characteristics. Emissions also vary significantly based on the type of coal used in generation and the installation of various emissions control technologies.

The capital costs associated with building coal units are generally high compared with gas units, but many existing units have been online for a number of years and thus have been significantly depreciated. Operations and maintenance (O&M) costs are relatively low initially, but they rise with the age of the unit. Fuel costs historically tended to be among the lowest of generation sources, but recent declines in costs of renewable and natural gas-fired generation have made coal generation less economic than it has been historically.

Due to technological constraints, coal units often have limited operational flexibility. If the unit is running at partial power it can often be ramped up or down in response to system needs. But if the boiler has gone cold, it will require several hours to get to full operation. Because burning coal is responsible for considerable emissions (including CO2, NOx, SO2, mercury, and particulates) coal units have a higher environmental impact than other sources of generation. While emissions capture technologies are available to control outputs of NOx, SO2, mercury, and particulates, no commercially available technology exists for capture of the greenhouse gas CO2. Growing concerns over greenhouse gas emissions have hampered growth of coal generation in many regions of the world in recent years, but other regions have continued to build new units. 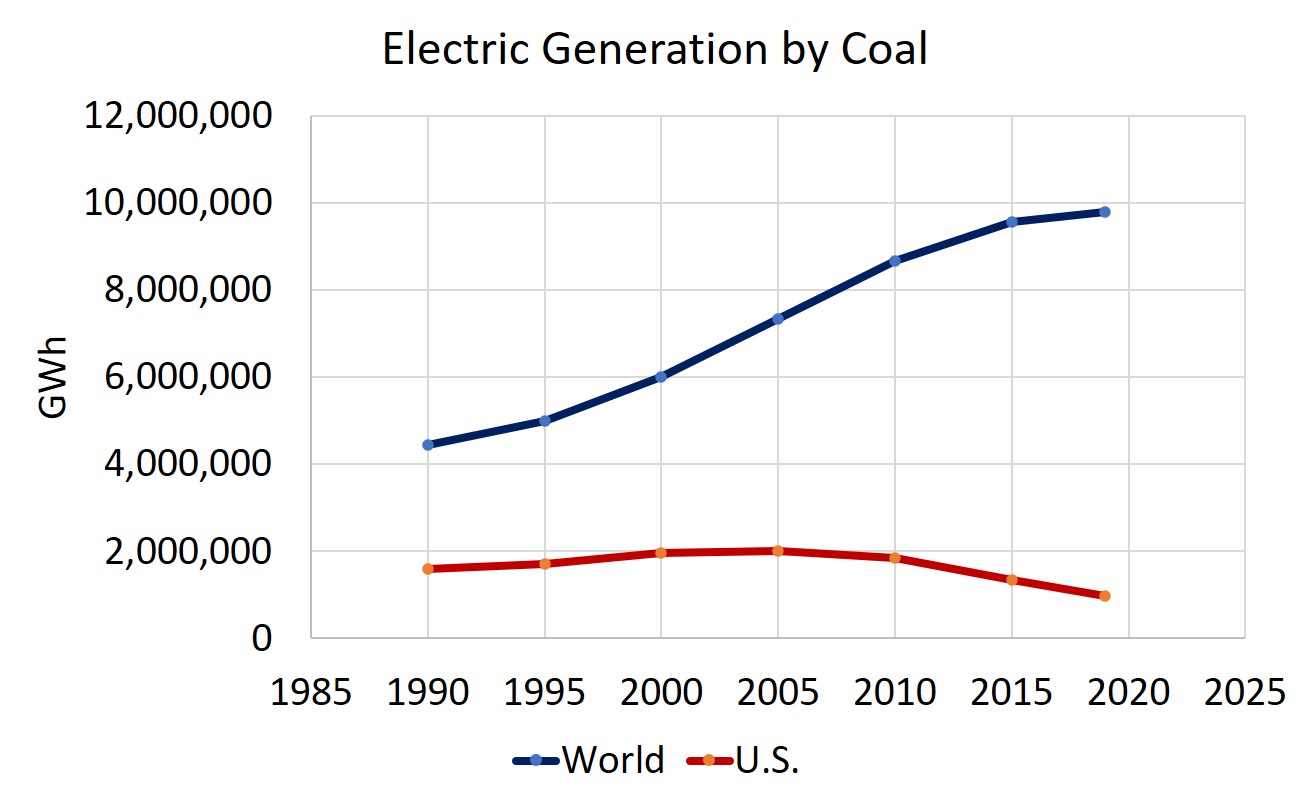