Much of the new generation built around the world in recent years is fueled by natural gas. Gas-fired generation makes use of four primary technologies:

Both combustion turbine and reciprocating engine power plants are commonly referred to as gas peaking units. Utility-owned natural gas units vary significantly in size, ranging from as small as 1 MW to over 500 MW in capacity. Natural gas is also used to fuel on-site  cogeneration or CHP units and backup generators for many buildings.

Capital costs associated with natural gas units are considerably lower than most other generation sources. O&M costs are also generally low. Fuel costs vary depending on the market value of natural gas. A major concern among owners of natural gas generation is the historic fluctuations in natural gas prices. Depending on technology, natural gas units can be very flexible operationally. Combustion turbines and reciprocating engines, often called peakers, can be started and stopped within minutes. Combined-cycle turbines take a bit longer to start, but can reach full power within an hour. Combustion turbines, reciprocating engines, and combined-cycle turbines can be flexibly ramped once under operation. Steam turbines may require up to six hours to go from cold status to full power but have reasonable ramp flexibility once full power has been achieved.

Gas units do have air quality impacts as emissions include CO2 and NOx. Emissions are less than from other fossil fuel power generation such as coal and petroleum, so in regions where new gas units replace these types of power, gas generation is often considered favorable from an environmental standpoint. But in regions where gas competes with renewable generation, it can be considered an environmental detriment. 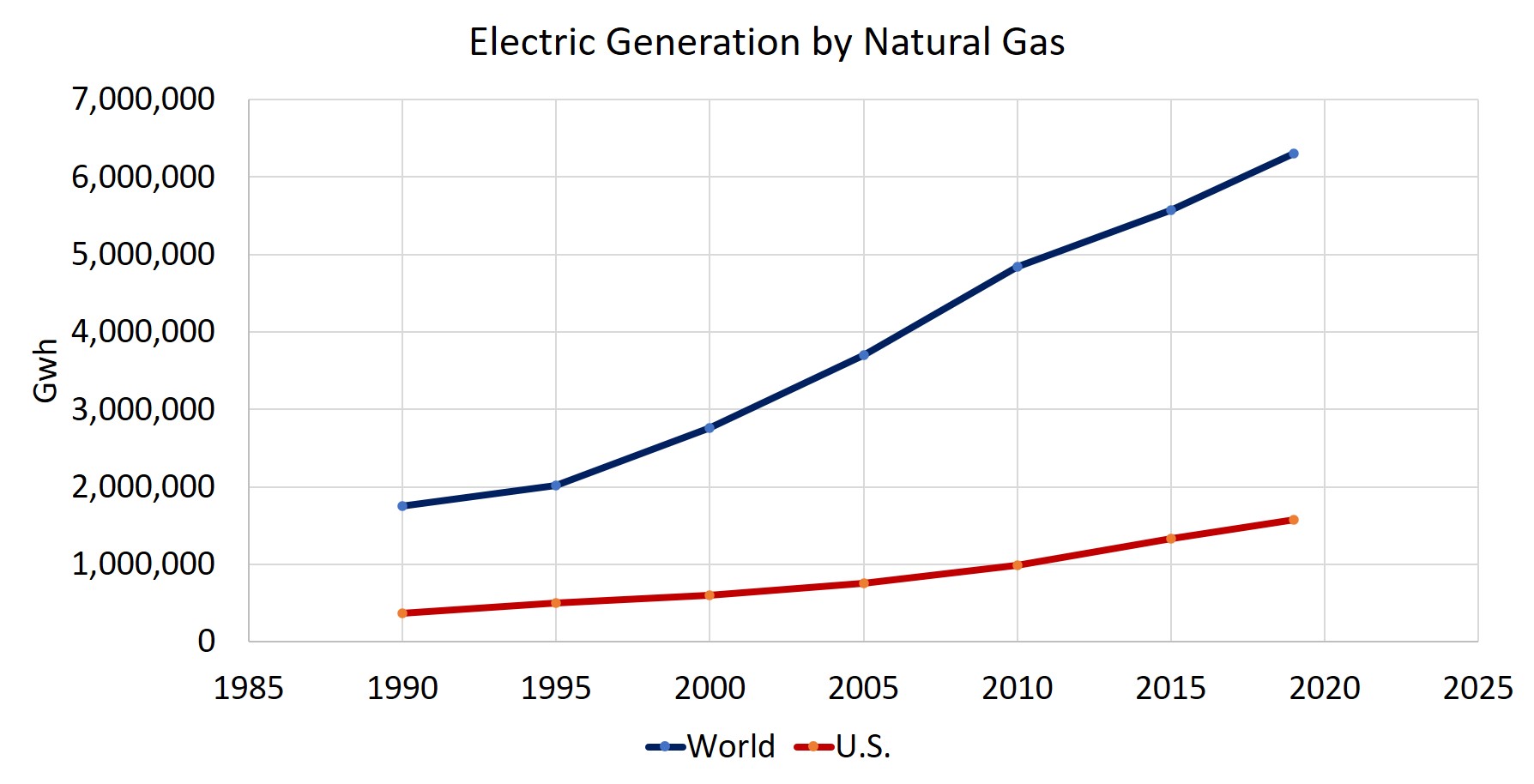