There are several uses for the term conductor within the electric industry. From a scientific standpoint, a conductor is any material that allows electrons to move easily from one atom to another, thereby facilitating electric flow.

The wires within an electrical circuit are also called conductors since these are the devices that carry electricity from the source to loads. Most metals, such as silver, gold, copper, and aluminum are good conductors of electricity. This is because the nuclei of these materials have a very weak hold on the atoms’ electrons, thus allowing for freer movement. Although many people believe water is a conductor, it is not water itself but rather the salts and minerals in the water that are good conductors. So distilled water, with all impurities removed, does not conduct electricity. But since the water we typically come in contact with does contain salts and minerals, it is a conductor of electricity. 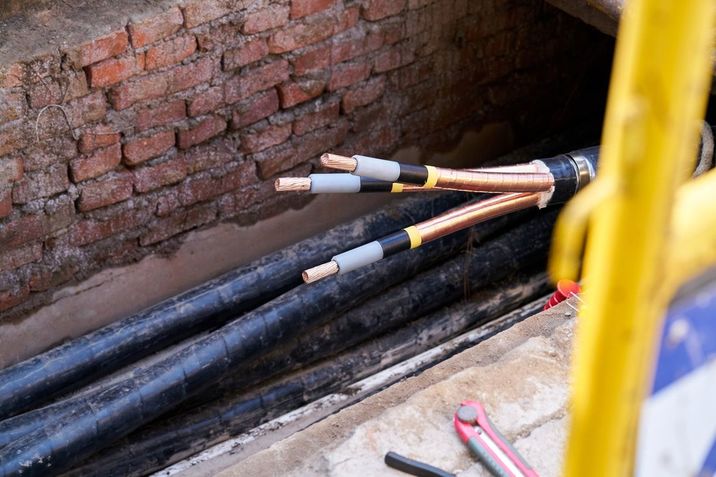 The two most commonly used conductors within electrical systems are copper and aluminum. The photo above shows a copper conductor surrounded by insulation. Copper is used primarily on the customer side of the meter in the wiring at a customer facility. Copper is actually a better physical conductor and requires less maintenance than aluminum. This is important at a customer facility since wiring is often hidden and difficult to maintain. However, copper wire is significantly more expensive than aluminum wire.

For this reason, aluminum is typically used on the utility side of the electrical system. Aluminum is not quite as good a conductor of electricity as copper and has higher line losses. Aluminum also requires more maintenance, but it is cheaper on a per-unit basis and also weighs less, and thus fewer electrical poles or towers are required to keep it from sagging. Other good conductors such as silver and gold are too valuable for widespread use on the electrical transmission and distribution system.