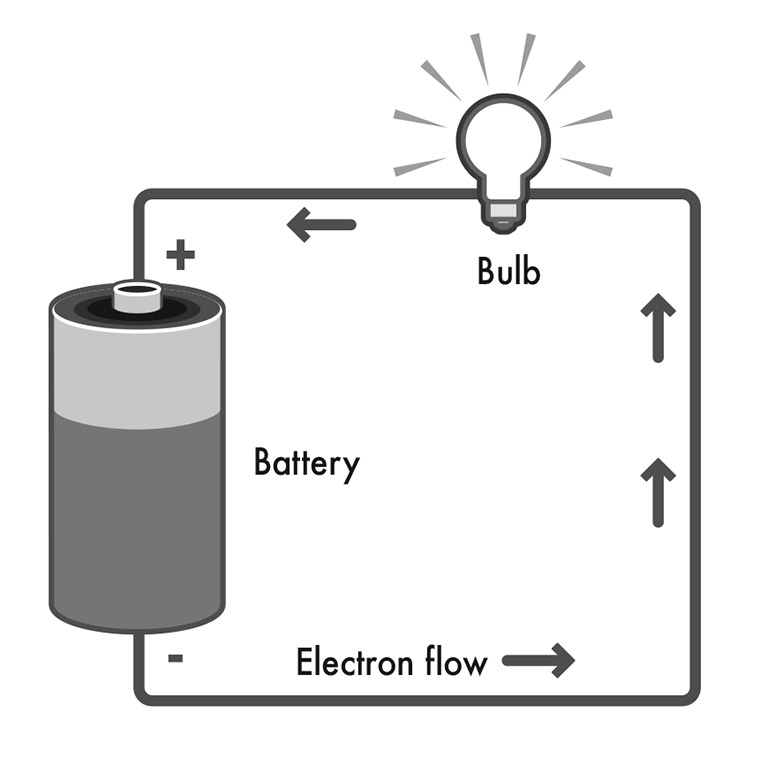 To begin the flow of electrons through a conductor, a source of energy is required. This can be either chemical or electromagnetic energy. Batteries and fuel cells operate by using chemical energy to free electrons from one material and transfer them to another via a conductor. Batteries and fuel cells contain three components — two electrodes and an electrolyte. The electrolyte reacts with the electrodes to create oxides that result in excess negative charge in one electrode (creating the negative terminal) and excess positive charge on the other (creating the positive terminal). The imbalance in charge creates an electric current when the terminals are connected to form a circuit.

Electromagnetic energy is used in two primary ways to create electricity. Solar or photovoltaic (PV) cells are made of materials that cause electrons to flow when light strikes the cell. As with a battery, the flow is directed through a circuit. The most common way of creating electricity — the electric generator — uses electromagnetic energy in a very different way. An electric generator creates electricity by what is called electromagnetic induction. Electromagnetic induction uses magnetism to make electrons flow. A source of mechanical energy (a steam turbine, gas turbine, wind turbine, or water turbine) is used to spin a shaft connected to a coil. This coil is suspended between the poles of a magnet and is connected to wires in a circuit by metallic brushes. As the coil spins through the magnetic field, electrons flow through the coil and brushes and then into the electric circuit.