A battery consists of various materials that, when connected by a conductor, result in electric flow. Parts of a battery include the cathode, which is a material that attracts electrons; the anode, which is a material that releases electrons; and a separator, which keeps the anode and cathode separated. The separator is a porous material that allows negatively charged ions to pass through and is soaked with an electrolyte that assists in ionic flow. The anode is connected to the negative terminal of the battery by a current collector that conducts the electron flow to the negative terminal. The electrons then flow through the conductor to the positive terminal that is directly connected to the cathode. The resulting electron flow through the conductor can be made to produce useful work such as lighting a bulb. 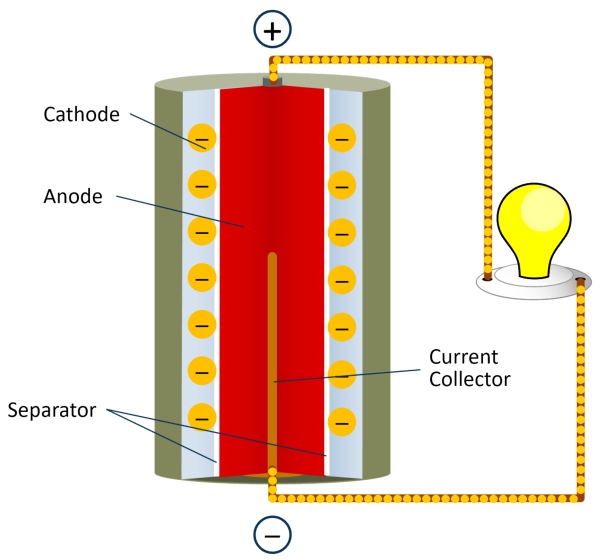 A fuel cell is similar to a battery in that it creates electricity through a chemical reaction. The difference is that one of the chemical reactants is a fuel that can be continuously replenished.