Gas combustion turbines allow a form of power generation where natural gas is directly used to fire a turbine that drives the generator shaft. Combustion turbines are often called peaking turbines because they are frequently used to meet peak-period electric demand. These turbines can be started and stopped within minutes, making them very flexible and ideal to use when meeting last-minute demand that may be difficult to forecast. They also are useful in conjunction with variable resources such as wind and solar power. 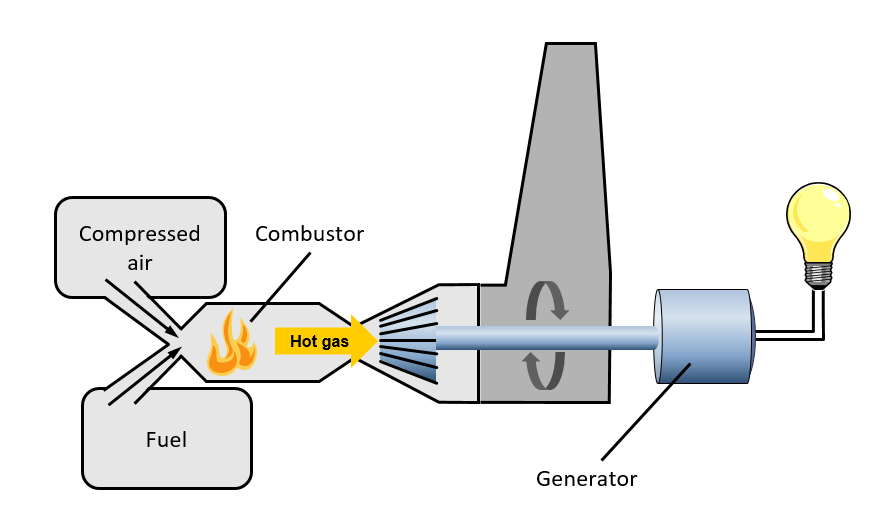 A disadvantage to combustion turbines is that they have a high heat rate, meaning that it takes more fuel to create a MWh of power than many other types of generation. This explains why they are used for peaking purposes but are not typically run during other times of the day since running the unit for too long will result in a large fuel expense.