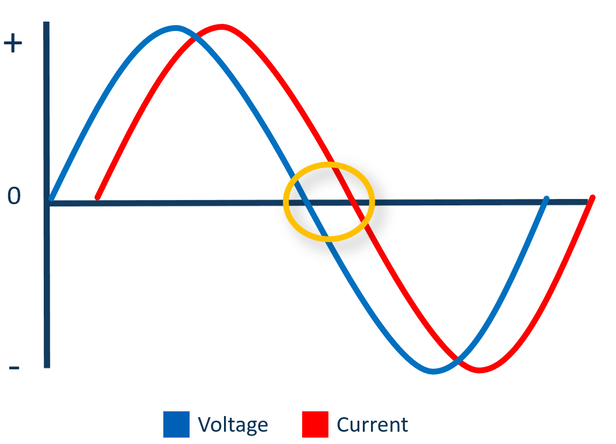 The graphic below is an illustration of resistive loads using only real power. Notice that the volts and the amps cross zero at the same time. They also hit their maximums and minimums at the same time. So because there is no reactive power being used by the loads, the volts and the amps are synchronized. Since all the power provided is real power, the real and apparent power are equal and the power factor is 100%. 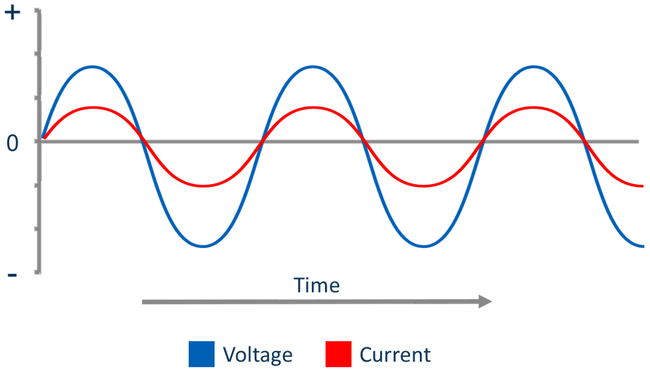 But the next graphic (below) is characteristic of a circuit supplying electricity to inductive loads, which have high reactive power requirements. As you can see, the red line or current has shifted and now lags behind the voltage, and the power factor is less than 100 percent. So, the voltage or blue line hits zero first, followed by the current. 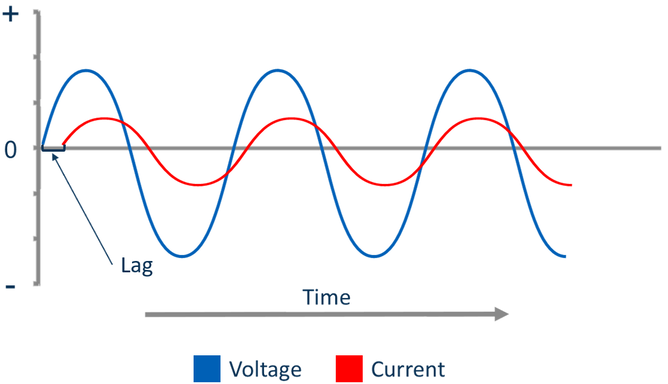 The larger the amount of VARs that are consumed by the system, the bigger the lag between the volts and the amps. If this lag gets too large, the electrical system no longer functions as desired. This may result in inadequate voltage to power lights and motors as well as other voltage-related problems.