Using Watt’s Law, you can answer the practical question “Why can’t I run my heater and coffee pot without the circuit breaker tripping?” The important question in this situation really is how many amps does a circuit with a 1650-watt electric heater and a 350-watt coffee maker draw if both appliances are operating at the same time. 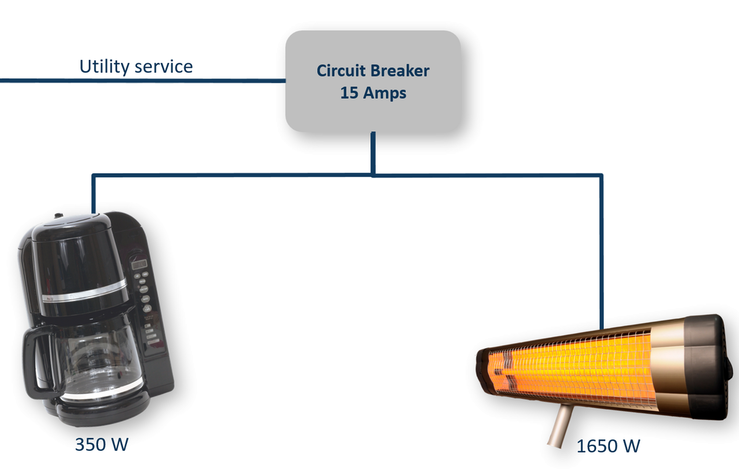 For a single-phase service like this one, Watt’s Laws tells us that amps equals watts divided by the product of volts and power factor. Because the power factor for both appliances is 1, we can effectively ignore power factor in this particular equation. So we simply take 2,000 watts and divide by 120 volts for a total of 16.7 amps drawn when both appliances are operating. 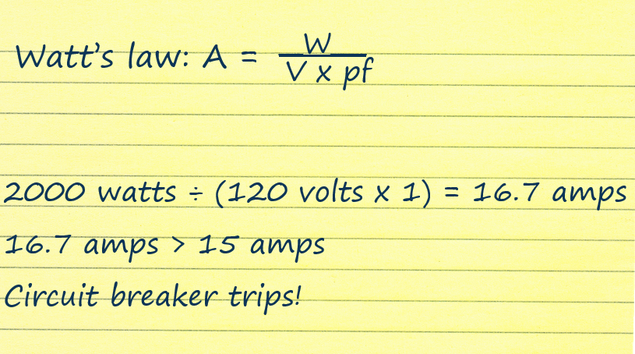 Think about what would happen if both appliances are turned on and the circuit has a 15-amp fuse or circuit breaker. Because the amps would exceed 15, the fuse or breaker would operate to shut off the electricity and protect the wire from overheating. In this case, the circuit simply wasn’t sized to handle this amp load.

This concept is applied to size-specific circuits ranging from those within your house to service feeds into buildings to neighborhood distribution feeders.