Historically, overall electric demand in a region has often been divided into three categories:

Since the generation dispatch stack must be scheduled to satisfy these load periods, the terminology is often applied to the type of generation units used to serve each category. Thus intermediate load generation is generation that is used during the mid-morning to evening hours but is turned off or ramped down significantly during the night and early morning hours.

Intermediate loads are often satisfied by coal units ramped up from minimum loads, combined-cycle gas turbines, and hydropower. These are used because their operational flexibility allows them to be ramped up and down as loads rise and fall during the day and also because their variable costs are lower than other options. In some regions, wind or solar power also provides intermediate supply. 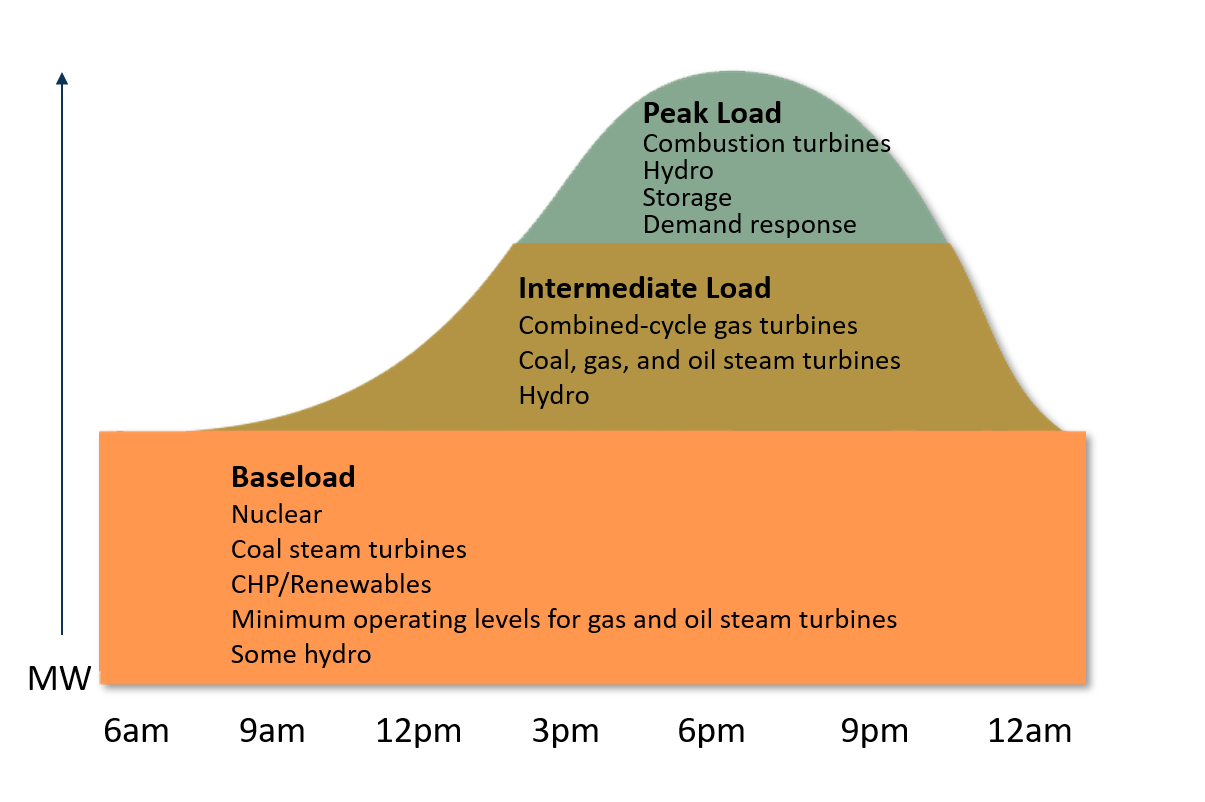