Because large volumes of LNG can be moved across long distances where pipelines are not feasible, LNG transported by ships makes it possible for gas markets to access natural gas reserves that are located throughout the world. As of 2019, world trade in LNG was 354.7 million tonnes (17,274 Bcf/489 Bcm). 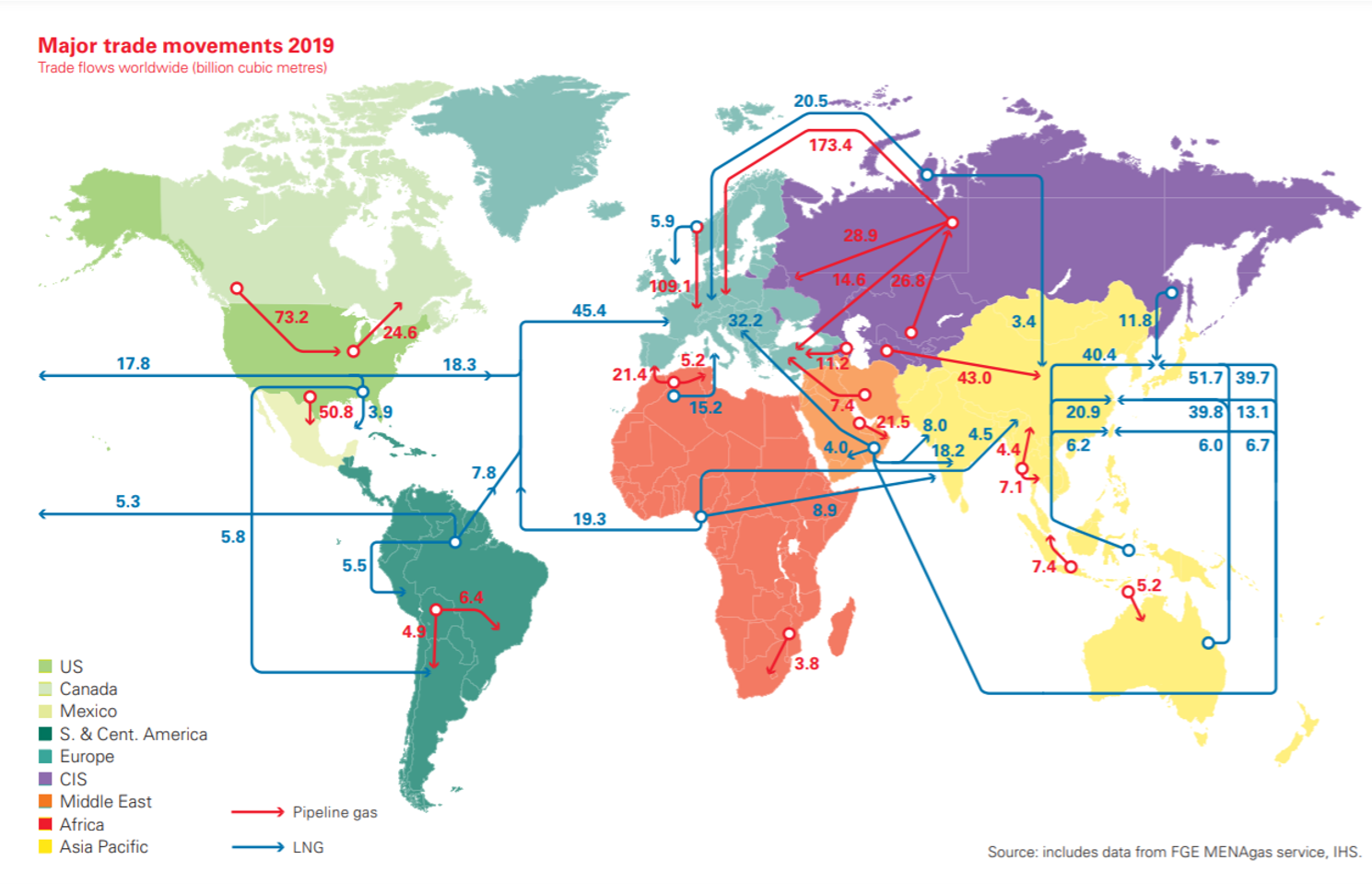 The LNG delivery chain for long-distance transport by ship consists of gas production, gas liquefaction and processing, shipping, and regasification. After the gas is produced, it is shipped by pipeline to a gas liquefaction facility that cools the gas to convert it to liquid. The facility also performs any necessary processing. After liquefaction, the LNG is pumped into tankers and transported across the ocean to the consuming country. There the tanker pumps the LNG into tanks where it is stored until needed. The LNG is subsequently regasified by heating and can then be transported by pipeline to the distribution system. After regasification, the natural gas has properties similar to other gas in the pipeline system. 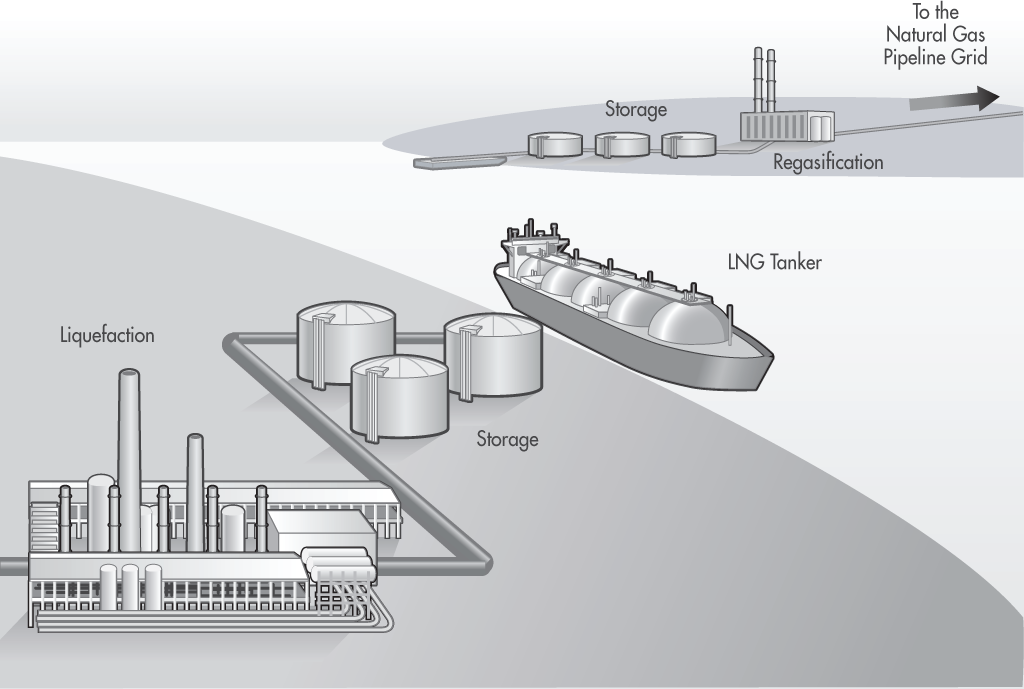