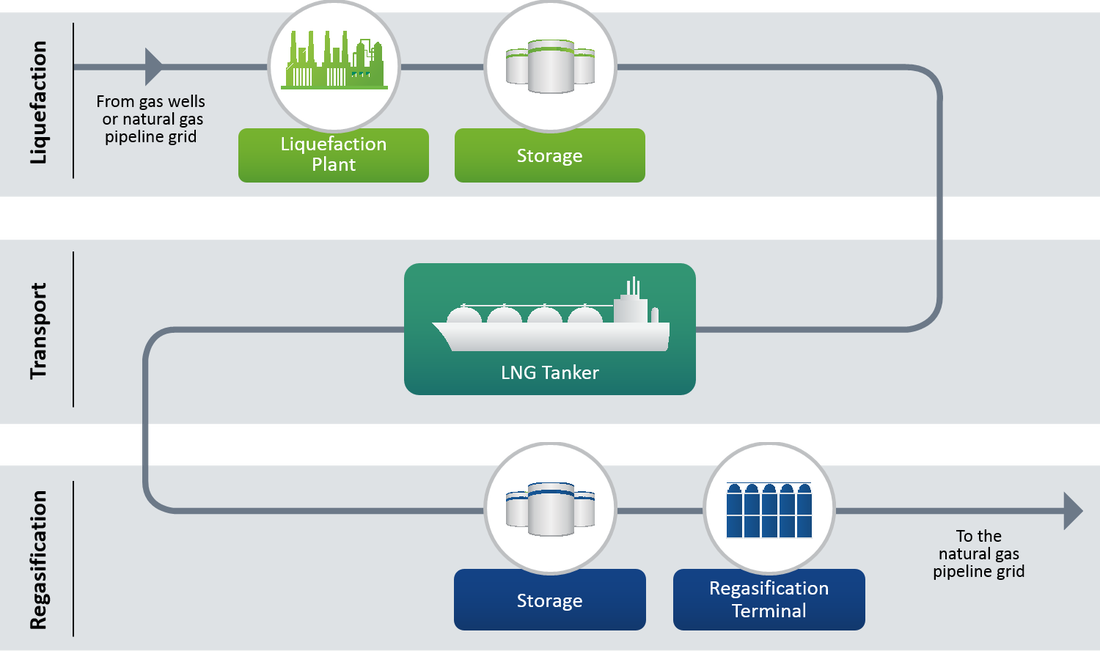 As shown in the graphic above, the LNG delivery system comprises three sectors: liquefation, shipping, and regasification.

Natural gas is produced from underground reservoirs, brought to the surface and processed to remove impurities and valuable natural gas liquids (NGLs). To make liquefied natural gas or LNG, natural gas from the production field is first processed and then cooled in a liquefaction plant. The LNG is stored at atmospheric pressure in double-walled cryogenic tanks that keep the gas cooled in a liquid state until a tanker is available. LNG is then shipped in an LNG tanker, which is a double-hulled ship specially designed to keep the natural gas cool.

When the gas is needed, it is taken from storage and sent through a regasification plant where it is warmed in a carefully controlled environment so that the LNG reverts to a gaseous state and the pressure is increased to match the pressure of the pipeline it is entering. Finally, the gas is put into the pipeline where it is co-mingled with other gas supplies and delivered to consumers.