The natural gas delivery system transports gas from gas wells to customers who use natural gas in their homes and businesses. Along the way, the gas may move through several pipelines, it may be injected into an underground storage facility for a given amount of time, and it may be bought and sold many times before it is consumed. 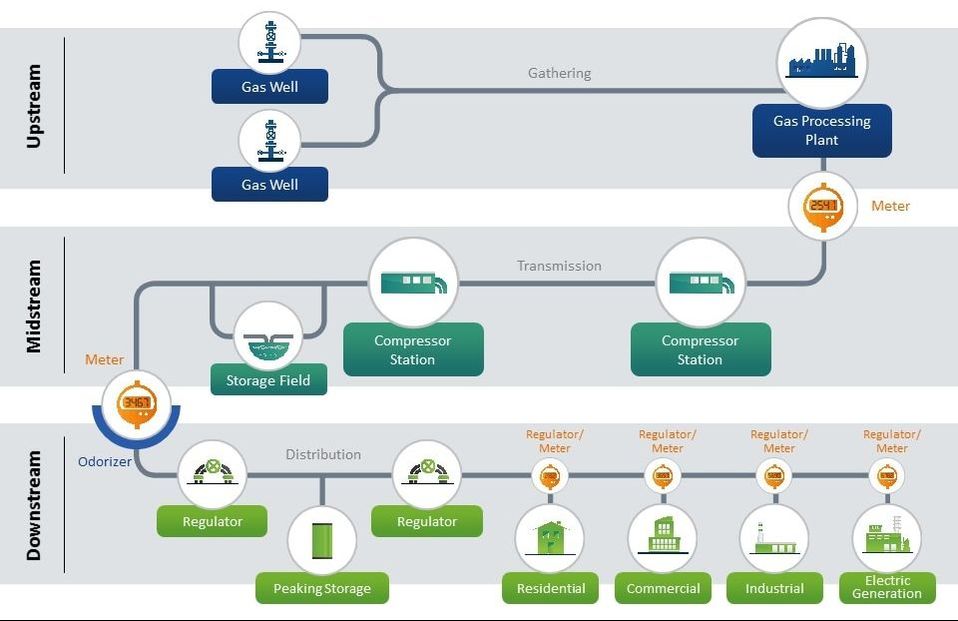 Each component of the system plays an important role in ensuring safe and timely delivery of natural gas.