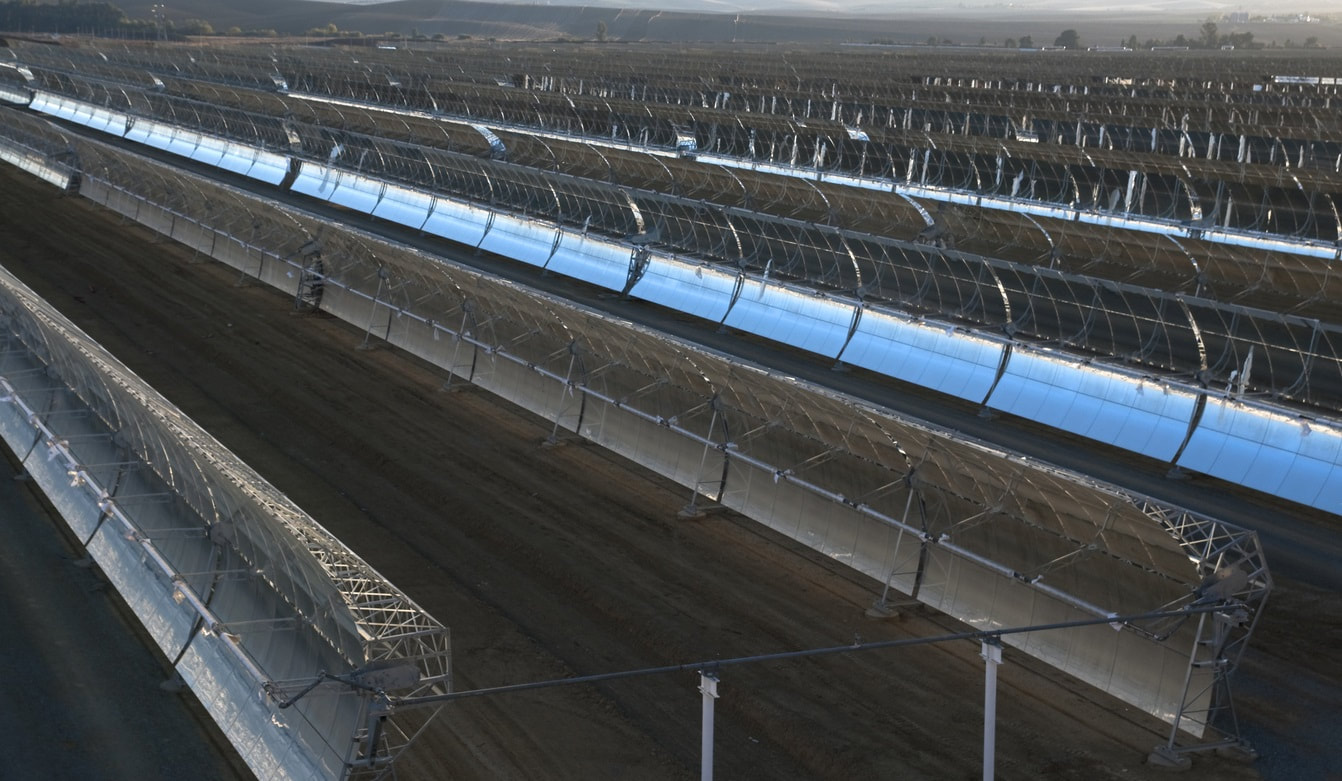 There are several types of CSP power plants. These differ by how sunlight is concentrated and by how the heat is converted to electricity. Methods of concentrating the sun include parabolic trough systems, Fresnel reflector systems, power towers, and parabolic dishes. The methods of converting heat to electricity currently in use are a steam turbine and a heat engine. Parabolic trough systems, linear Fresnel reflector systems, and power towers are used with steam turbines while parabolic dishes are used with heat engines.

After the sunlight is concentrated to create heat, the heat must be converted to electricity. The most common method of conversion uses steam turbine technology, which is the same concept that is used in coal and nuclear generation. Here sunlight is concentrated by reflectors on a receiver pipe filled with working fluid made of oil or liquid salt. The hot working fluid is then piped through a heat exchanger where it heats water to create steam. The steam is then used to drive a steam turbine that spins an electric generator. The working fluid, which is now cool, is recycled through the receiver pipe to be re-heated so that the process can be repeated. The exhaust steam from the steam turbine is cooled in cooling towers and recycled through the heat exchanger to once again become steam.

Some CSP projects incorporate thermal storage. In such systems, the collector system is oversized to heat a storage system during the day. The extra heated fluid can be used in the evening or during cloudy weather to generate additional steam to produce electricity thus allowing the unit to operate at a higher capacity factor.